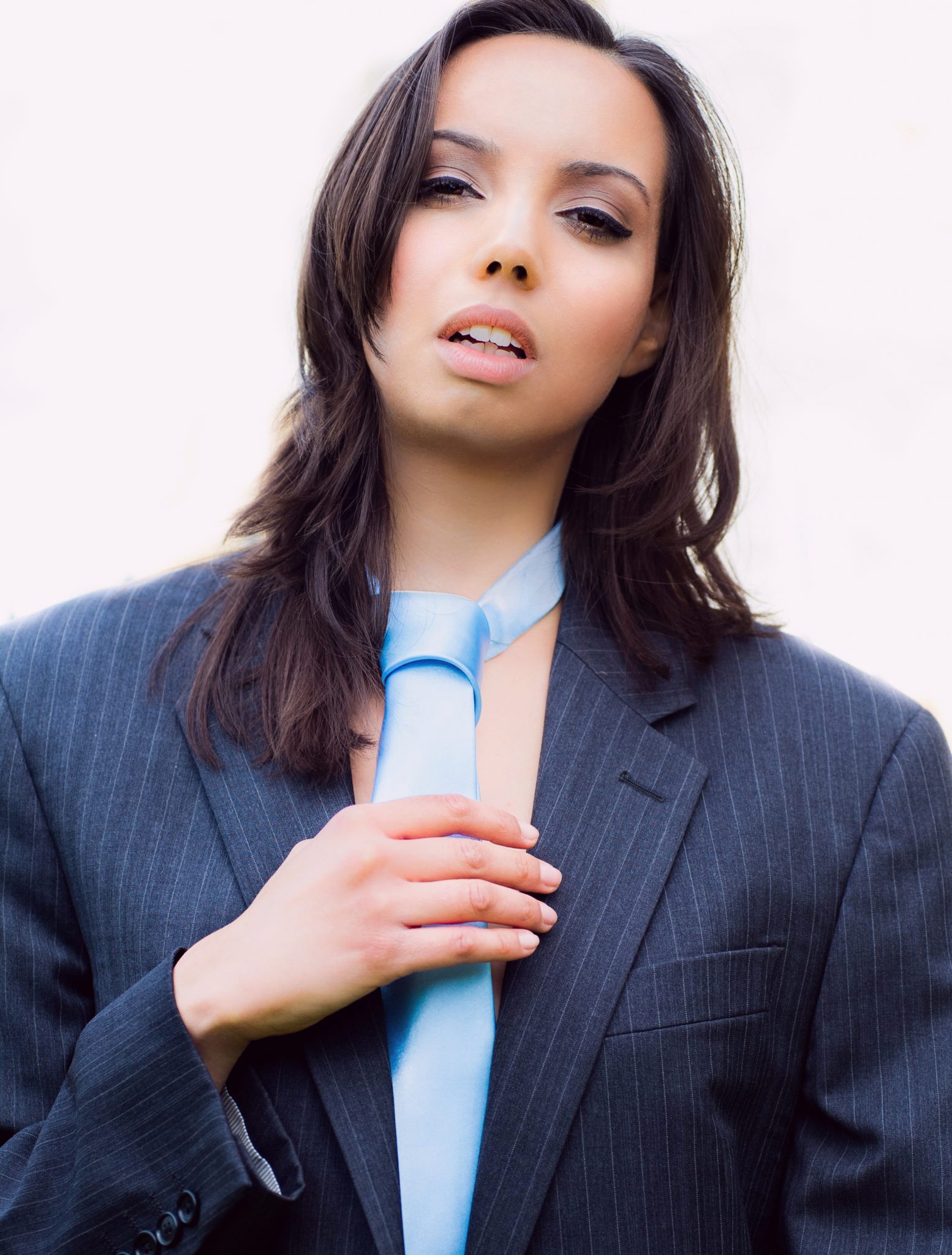 You are here: Home / Uncategorized / Women wearing men’s clothes: A feminist act or a sexy trend?

According to an article published this year in the Huffington Post UK, women wearing men’s clothing, is fast becoming a trend.

Writing an article for the F Word,  Lucy Rycroft-Smith, documented wearing men’s clothes for a month. The experiment resulted in her feeling more “comfortable”, with items that had never been so “flattering”.

Perhaps the movement of women putting on men’s attire is a feminist act – fighting back work rules accepting flats for men and inches for women. Just last week, government rejected an appeal to stop bosses from being able to force females to wear high heels.

Wearing a blazer at school, I’m reminded back to a time of easy simplicity. Phone in one pocket, keys and school card in another. High heels were strictly for evenings out, and as much as I tried to make my skirts shorter and my tops tighter, I could never emulate a sexy office look, that’s contradictory to the ideals of men’s sophistication.

Growing up, you are soon taught which gender you belong too, even if you were allowed to wear blue. My shoes had butterflies; my socks were frilly. I could wear a jumper, but I could also wear a cardigan. No matter how many decades have gone by, gender dressing, is still a taboo.

Sarah Bernhardt, in the 1870’s, sent shock waves through Paris by wearing a custom-made trouser suit. By 1914, Coco Chanel designed her first suit. Revolutionising the fashion world, her designs featured jersey – a fabric associated with men’s underwear. She made everyday items like trousers an essential part of a woman’s wardrobe.

Although suits for women are nothing new, they are more a representation of men. In addition: ties, long sleeve shirts and practical tailored clothing with soft materials. For the opposite sex – think form-fitting, flimsy blouses and items designed to flaunt assets. High-school is certainly the last time I wore a jacket containing inside pockets.

Classed as androgyny, Katharine Hepburn and Marlene Dietrich both rebelled against society’s view of femininity. When Audrey Hepburn nevertheless, woke up in Breakfast at Tiffany’s with a man’s crisp, white shirt, there was an element of daintiness, mixed in with raw sex appeal.

There’s no denying, a woman putting on items made for a man, displays power. That power can easily turn to sex. How do you look cute and sexy at the same time – put on your boyfriend’s shirt. 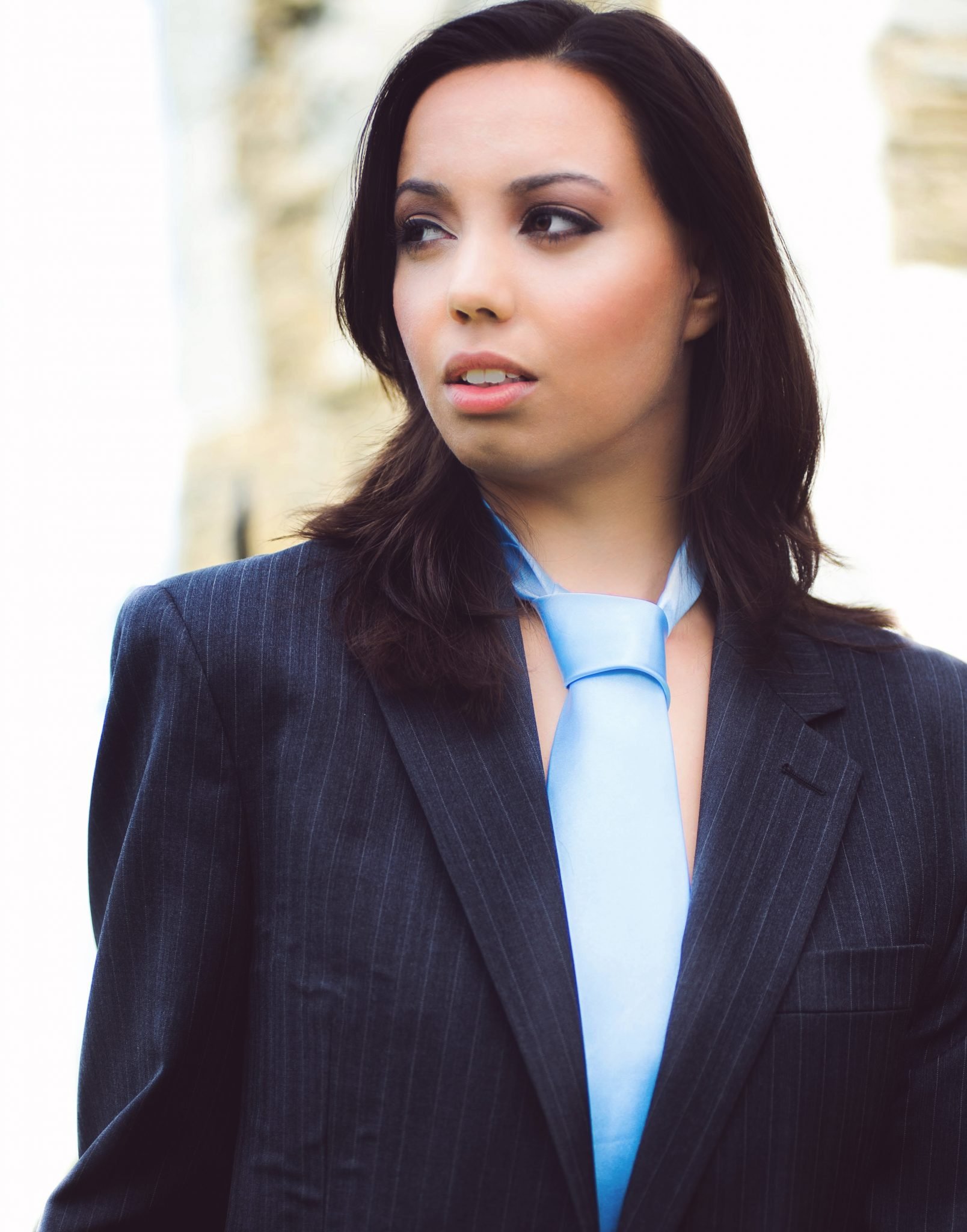 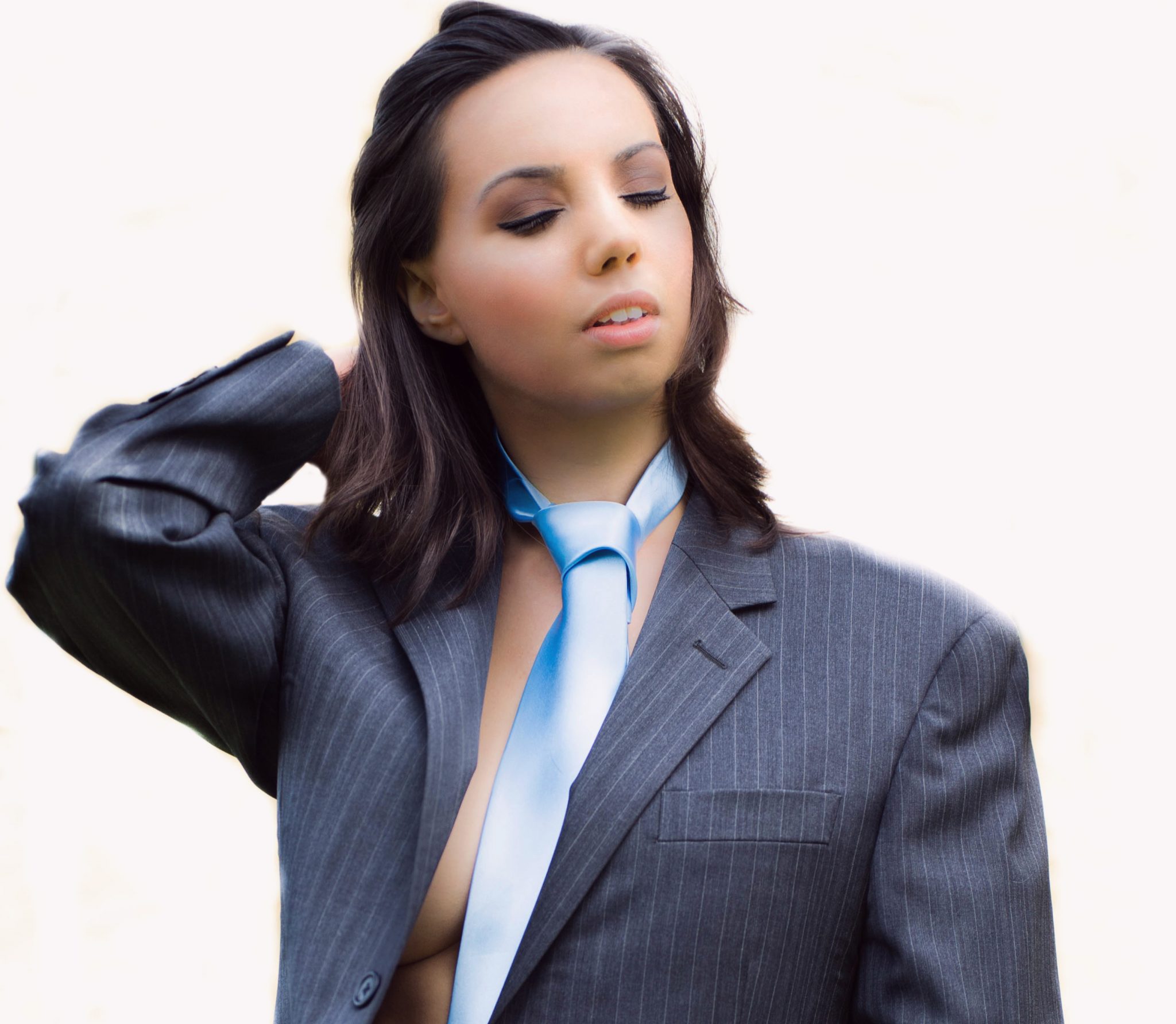 As I wore my partner’s suit to my photo shoot, I naturally stood taller. My face tensed to seriousness, and my nerves felt covered by the shoulder padded jacket, bellowing for command. The shirt was missing; maybe covering myself completely would have removed too much female sex appeal.

Fashion has re edited the standard man’s wardrobe over the years, and re designed it for women. And yet, the trend of women shopping in the men’s section is booming.

How far you go seems to define your intentions. Instead of choosing the women’s section, heading to the man’s and shopping an outfit in today’s world is still a bold move. We are supposedly not meant to seek pockets, ask for appropriate shoes and wear large jacket that hide our womanly bodies. If you do, you are androgynous.

Angelina Jolie received high praise, for allowing Shiloh to cut her hair short and wear clothes for boys. Miley Cyrus and Katy Perry on the other hand, still received comments on their short hair being “boyish” and “unsexy”.

Buy a garment from a man’s side of a department store, and you can be sexy. Re do a man’s wardrobe with a feminist touch, you are fashion forward. Go all the way, and you might stand out in a crowd, or unknowingly be called a feminist. Unisex clothing has arisen, but will the rise ever make it to a social norm?

How do you feel, when wearing men’s clothes? Is it something you would consider?