You are here: Home / Uncategorized / My holiday in Miami 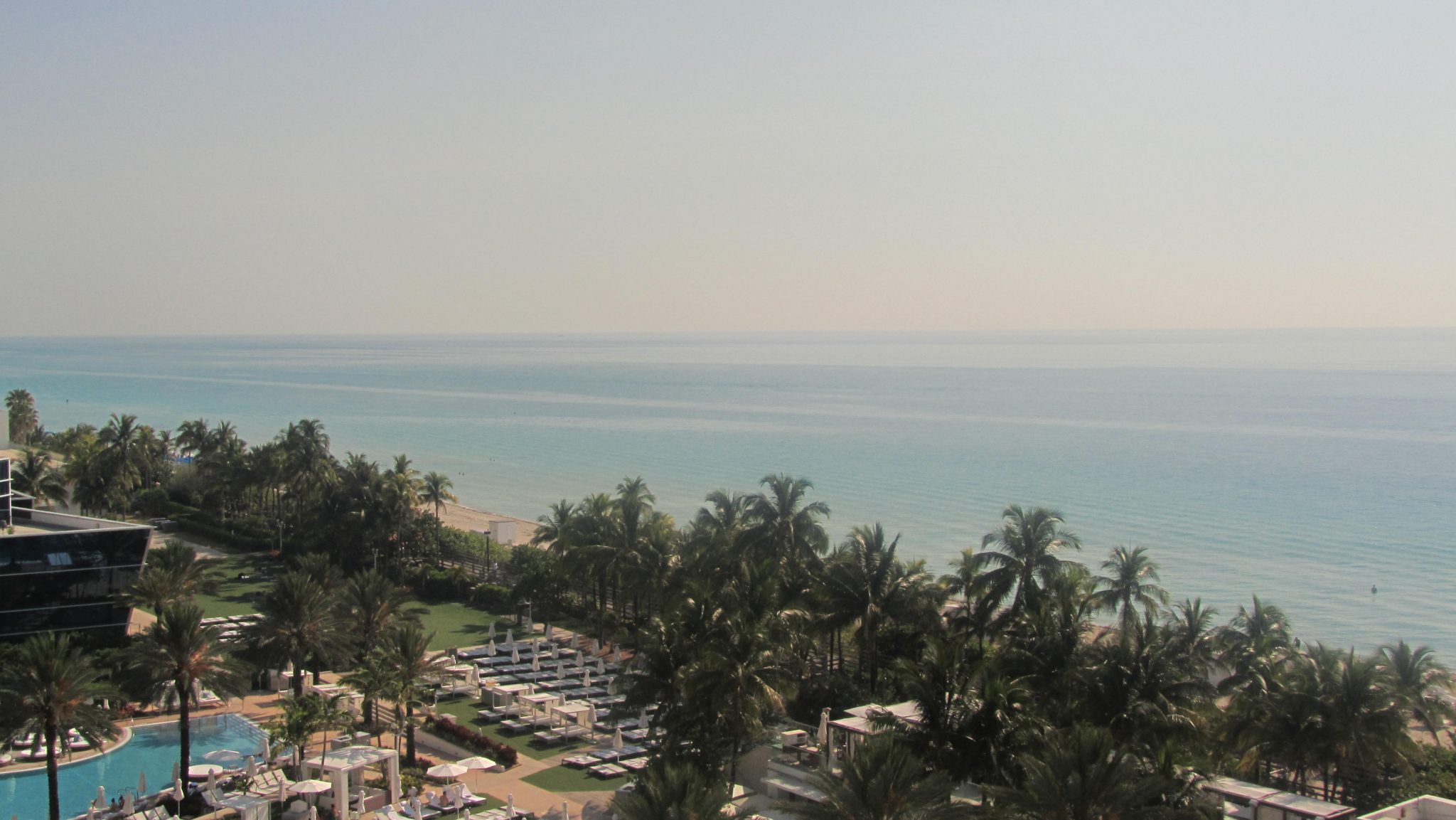 Exactly two years ago now, I was singing: “I’m going to Miami”.

Miami was a location that I had to been longing to visit for years – credit given to Will Smith! After posting some of the images for the smile tag, I thought it would be great to share my experience. I don’t think many people think of the place, when choosing where to go abroad. America especially, you usually consider L.A, Las Vegas, New York or Disney World.

I thought this would be funny to share. I am not an organised person. So much so, that they day before the flight, I went round doing my shopping. I ended up being awake all night ironing and packing. Once at the airport, (which we came to early) we learnt our plane was three hours delayed. It didn’t help that they accidentally put too much oil on one side.

The Virgin pilots decided to look for a quicker route. We spent about 15 minutes driving around on a plane, as we travelled to a different runway. I hate flying – I kept putting sweets in my mouth thinking we were on our runway. But no, we just kept driving and turning around. Eventually, as we are taking off, my friend woke up and said, “how far away are we?”. I was like, “we are not even in the sky yet! We were driving on a runway!” 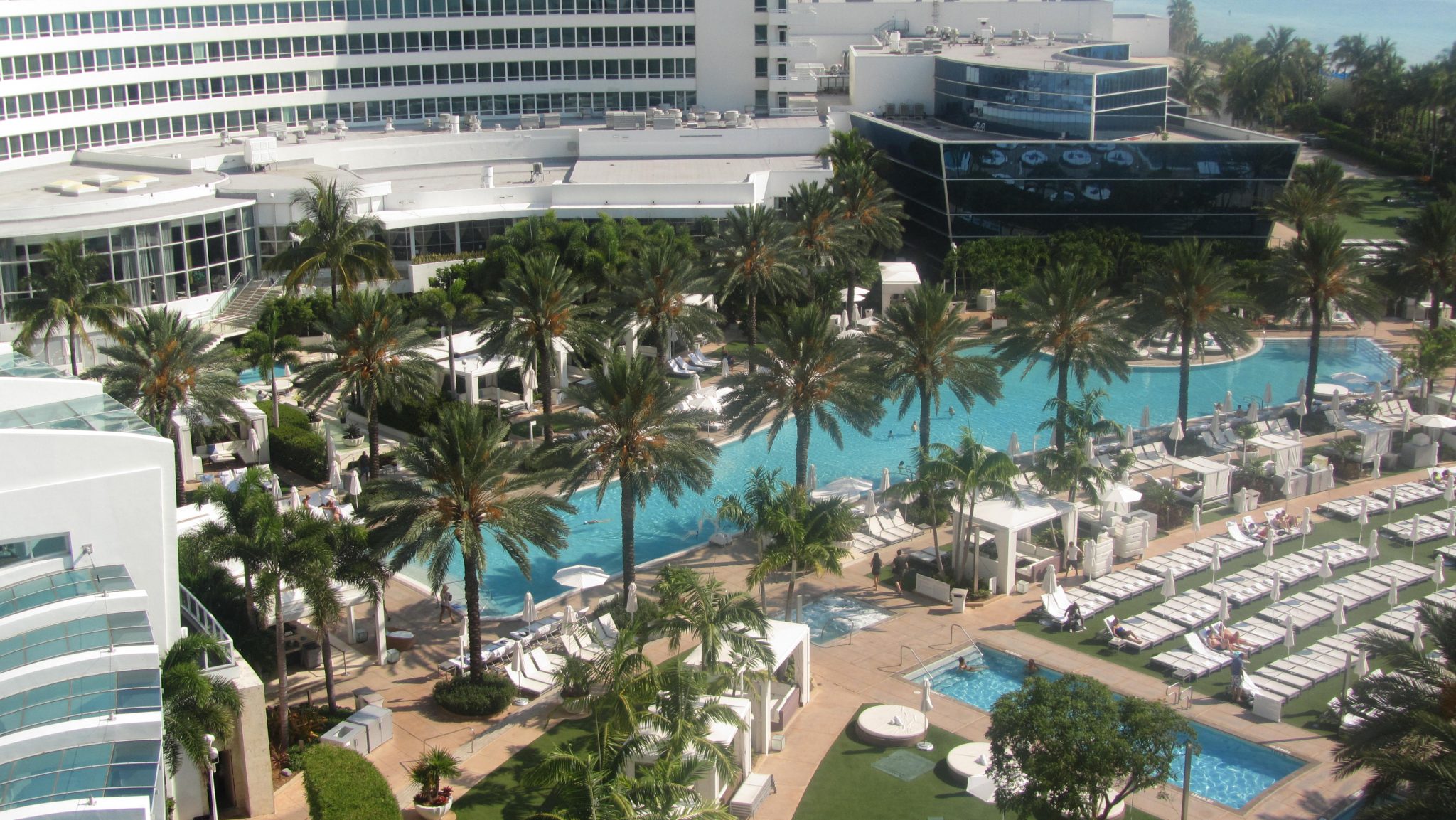 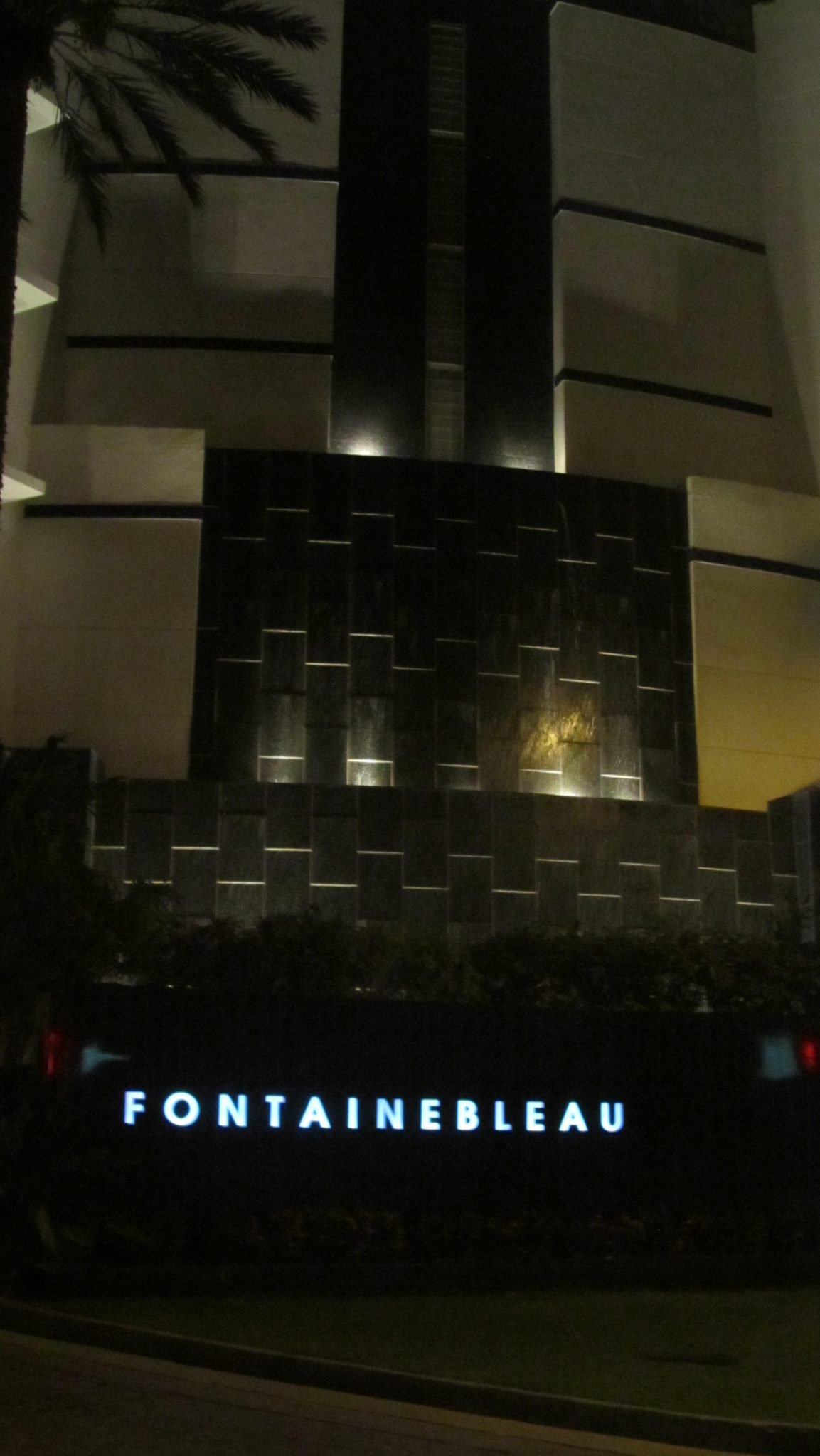 My friend at the time, had already arranged the hotel. Her friend cancelled, so I took her place. It was ridiculously expensive – just under £600 per night, but we had an ocean suite room at the Fontaine Bleau. Never before, had I ever stayed somewhere so luxurious. On top of the room price, there was an extra daily charge just for using the facilities. 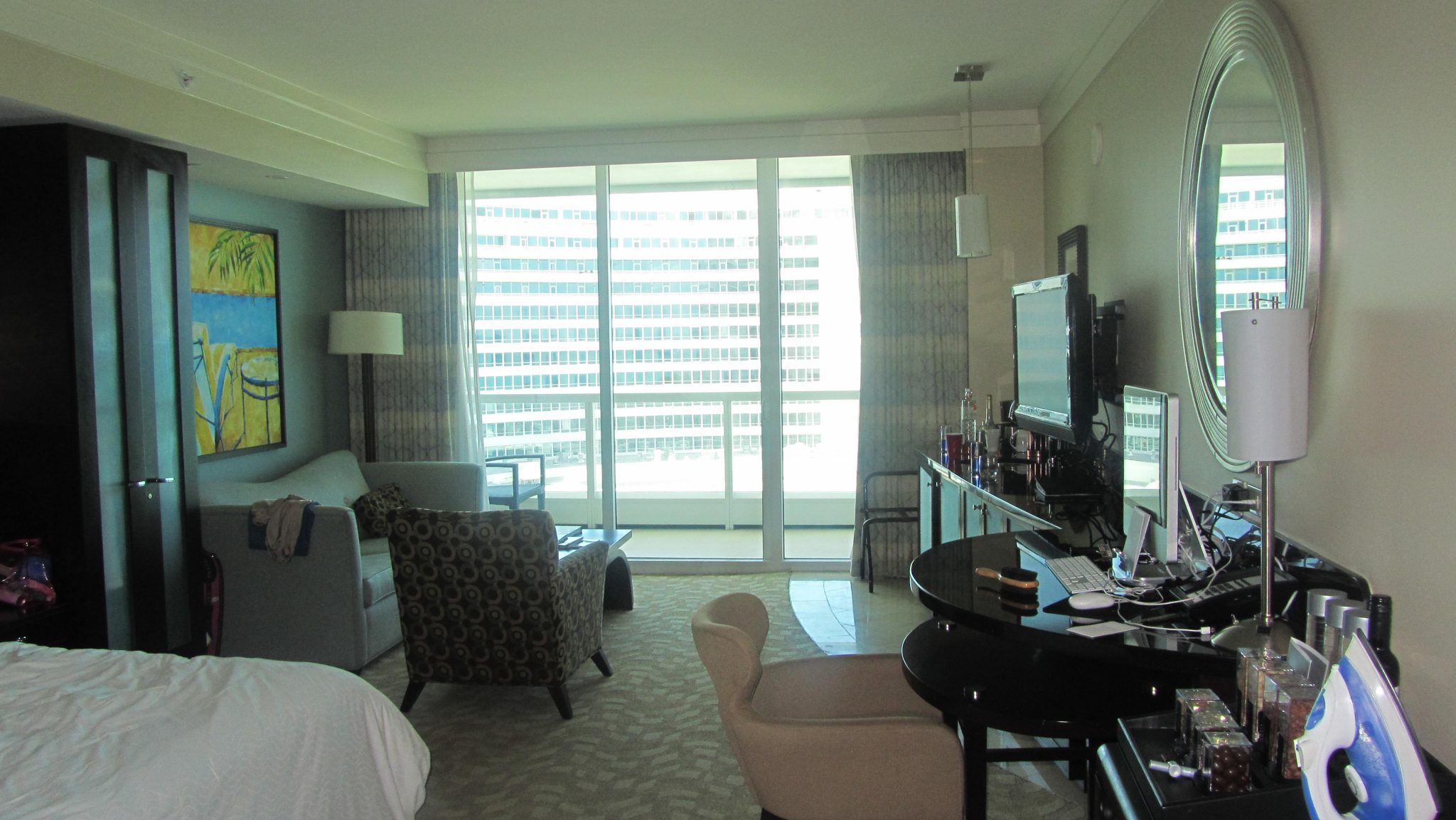 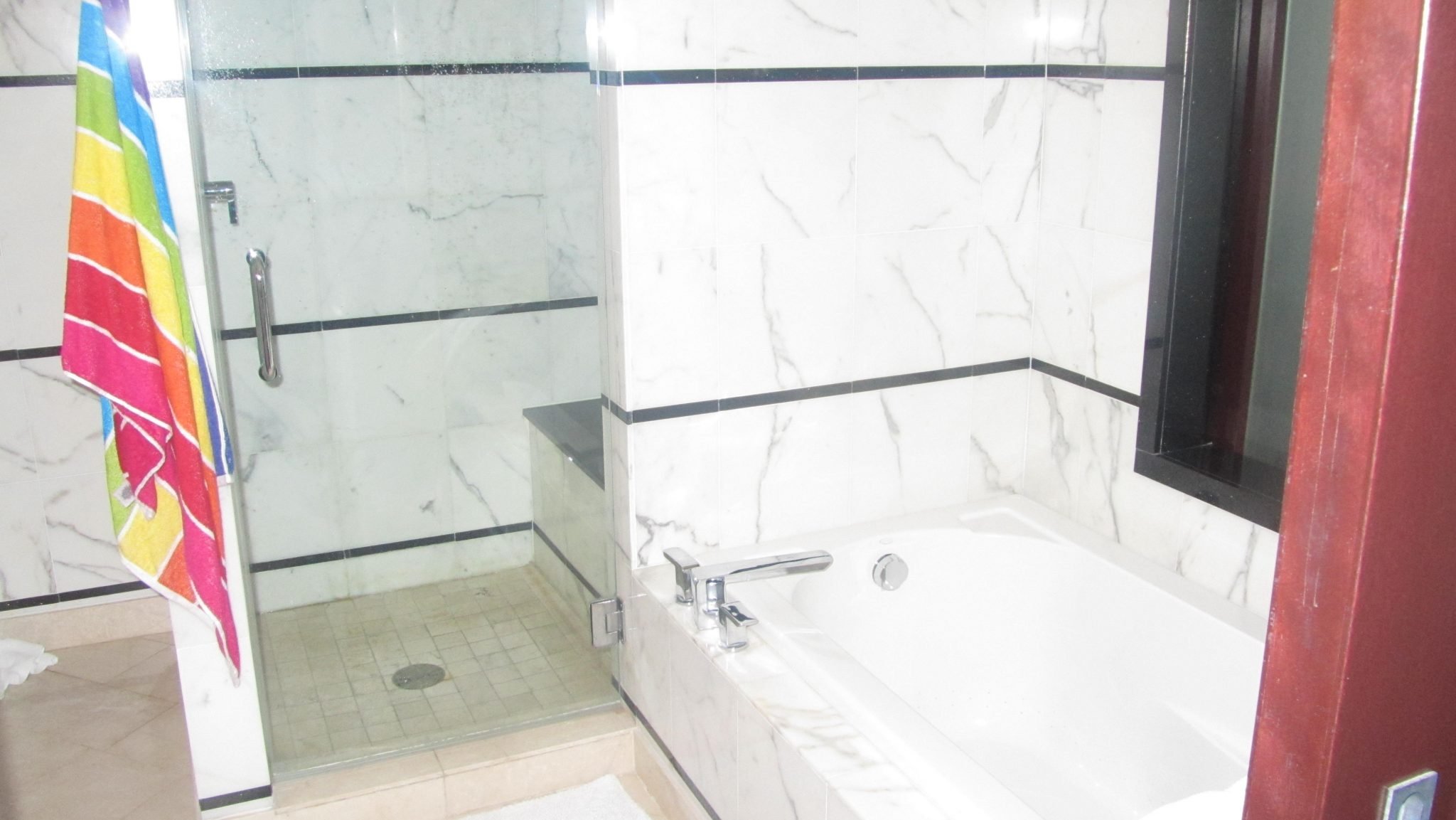 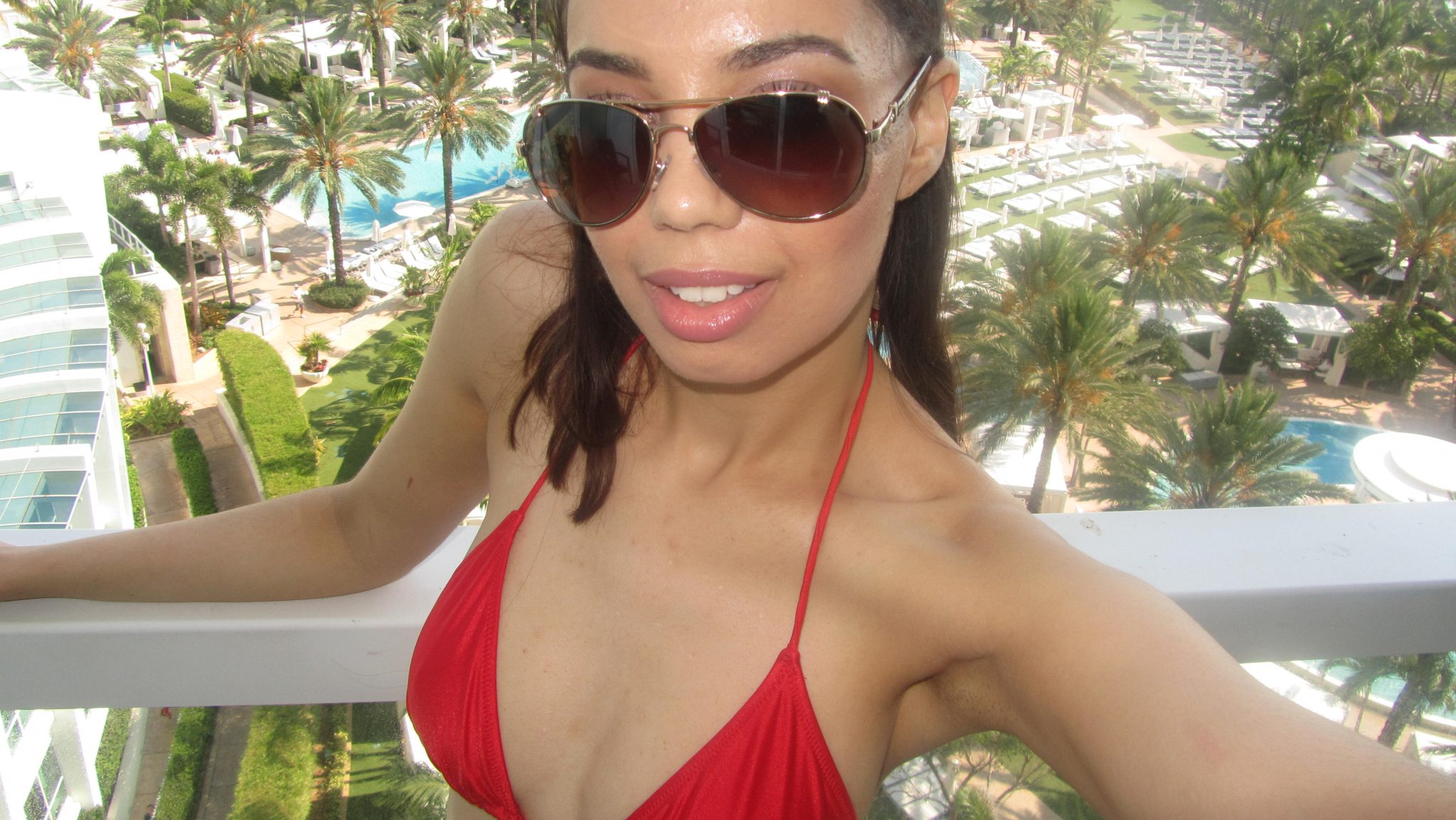 The room was fantastic. There was a bath that had a jacuzzi setting, and the balcony view was spectacular. I would wake up and sit outside the balcony every morning, and every evening.

In addition, there are three beautiful pools and a walkway leading to their own beach area. The rapper T.I was staying there (he said excuse me and I moved out the way), the rapper The Game, Hulk Hogan and the boxer Floyd Mayweather, were also spotted.

The entrance is very grand. You go outside and there is always a taxi waiting.

As beautiful as it all was, I did feel as though it was a waste of money. I rarely stayed at my hotel, and unless you love sitting by the pool daily and eating close by, it was all a bit – unnecessary. The ocean view was amazing nevertheless, and worth the extra money.

A couple of times we got room service, purely from coming home late. What I didn’t realise, is that when you see images of Miami with the big buildings and  skyscrapers – that’s Downtown. Downtown is really where all the fun is and where many people work.

My favourite place was the Downtown Miami Seafront. There is a wide selection of restaurants, all overlooking the sea and boats. I went on a date with a guy I had met the previous night at a party, and he took me to one restaurant where we ate Mahi Mahi. It was the most delicious fish ever!

I cannot remember the exact street, but around Ocean Drive and Collins Avenue, we came across plenty of locations to eat. One street reminded me of something you would see in Cuba or Italy. I ate ravioli with prawns, in a prawn sauce. The great thing is, the dining is really good value for money and the food is extremely tasty.

On one of our final nights, we dressed up to go to STK steak house. Personally, this was not my choice, as I can eat this in the UK. The waiters would not leave us alone. It felt as though they were so desperate for a tip – they hounded us. We had to ask them to leave us alone – it was that bad!

I didn’t do too much shopping. The weather was incredibly humid and I just couldn’t muster up, the energy to go round an actual shopping mall. Ocean Drive, although boiling hot, was quite nice. My sandals broke and I needed an all white outfit, so I went round their shopping district. I managed to get some great bargains. If you are after shopping deals – this place is for you.

South Beach is the most well known but on the contrary, I actually preferred Miami Beach. South Beach was packed and despite the fact that there were people selling drinks and ice-cream, the shops all felt like a long walk away.

The beaches are beautiful. If I was going away specifically for sand and sea however, I would head to the Caribbean.

I went during the Memorial day weekend; prices were sky-high. Can you believe people were paying £2,000 just to get into a club!

We went to the dream nightclub and one guy offered to let me into the V.I.P area. When Nicki Minaj and Meek Mill showed up, I stampeded to the front. I managed to be a few meter away from them.

The club itself was rather disappointing. It looked quite dirty and I expected far more from a club that was rated as one of Miami’s best.

Before we went, we booked to spend a night on a yacht party. The organising was terrible; they moved the location of pick up, without informing people. Luckily, we managed to find a group who were also going to this event and they told us where it was. This night was my favourite. If you do go to Miami, you need to party on a boat! If anything, just for the views of Downtown.

The other thing we did, was head to the strip clubs. The King of Diamonds, is one of the most famous. We went to an evening where they held an event with celebrities. Floyd Mayweather was the main guest, who played referee between women boxing. The strippers themselves were really cool – they did so many crazy stunts. It really was a party atmosphere, as opposed to men sitting round and receiving lap dances.

I found it all intriguing. Some of the strip clubs were really full on. The waitress told me, that people go there all the time during the day, for business meetings and for when taking clients out. In the UK, it is a completely different vibe.

It’s very humid and like most places in America, the hotels crank up the air conditioning.

You randomly get 5 minutes of the craziest rain, before it goes back to being boiling hot. Miami is not the place for the body conscious. From what I could see, many people had full on abs and very little material on display. The weather is extreme though, so I could understand that/

In my opinion, Miami didn’t fully live up to my expectations.

If you love seafood, I would highly recommend their restaurants. Most of them are really well priced. Ocean drive area especially, you can get tasty food which is quite inexpensive.

In terms of where to stay, I would avoid South Beach. It’s too touristy and bad value for money. Some of the hotels didn’t look too good, yet they were charging high amounts, just for being by that beach. If I did go back, I would stay in Downtown. The views are exquisite and you are surrounded by food, shopping and good nightlife. If you did want to be right by the beach, I would recommend Miami Beach.

Truly, I believe Miami is for the atmosphere. The day is mainly for the beach and the pool – there are not too many other options or activities; the night is for the bars and clubs.

I would say you need good spending money to enjoy. The culture felt a little – let’s flaunt our wealth. You do really need to hire out a car because the locations are all here and there. I continuously wanted cocktails and smoothies!

Overall, a superb holiday. I wouldn’t go back for a long time however, as I feel you can do everything in one trip. I would not suggest more than a week. There are other places with more culture and activities, that I would love to visit.

Let me know if you have any questions. Have you visited Miami before or have you considered it?