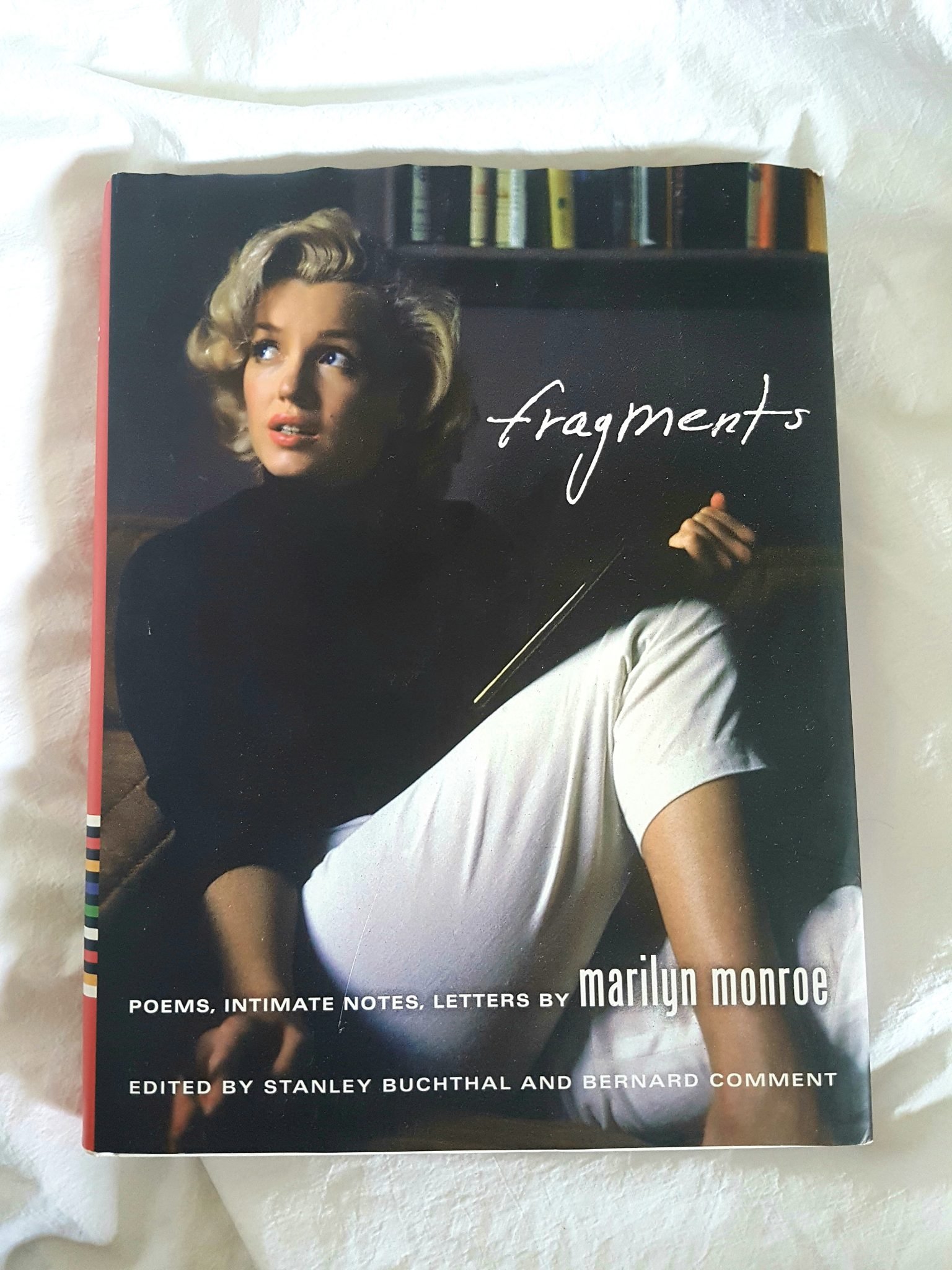 You are here: Home / Lifestyle / What else is there to say about Marilyn?

A sex symbol, Old Hollywood icon and one of the most duplicated women in history. What else is there to say about her?

Well, quite a lot.

For starters, Marilyn never said: “Give a girl the right shoes and she can conquer the world”. Neither did she say: “To all the girls that think you’re fat because you’re not a size zero, you’re the beautiful one. It’s society who’s ugly”. Probably the most quoted of all is: “I’m selfish, impatient and a little insecure. I make mistakes, I am out of control and at times hard to handle. But if you can’t handle me at my worst, then you sure as hell don’t deserve me at my best”. Once again, she never said that.

99% of quotes attached to her have never been said by her. From speaking to people about Marilyn, it seems our generation lacks an understanding of who she was. Of course, none of us will ever really know her, but we can certainly have a good insight. This is because Marilyn’s life has been cut like a wound; savaged and ripped apart.

Using my years of research and “fragments: Poems, Intimate Notes, Letters by Marilyn Monroe”, I will be discussing her life as well as reviewing this book.

Back in the Golden Age of film, the studios practically owned their stars. They could decide what roles they had to play, what image they should uphold and even what name they should be called. When they were finished with them, they would give them no more movies to star in, without getting them out of their contracts. For Marilyn Monroe, Fox decided her character a ‘dumb blond’, something that frustrated Marilyn. She wanted to be considered as a serious actress; a woman of substance.

To achieve this desire, she moved to New York to escape Hollywood and took acting lessons. She created her own company in the hopes of controlling which roles she played; she wanted to be photographed with books, in addition to surrounding herself with intellectuals. Whilst her exterior may have appeared carefree and fun, inside she faced troublesome pain. Her mind was filled with insecurity, self-doubt, perfectionism and loneliness.

Although some suggest she died on August 4th, officially she is known to have passed away on the 5th August, 1962. It was common practice then, to rearrange a Hollywood star’s house, before the police or paparazzi turned up. Marilyn had two file drawers in her bedroom. Many pieces of her writing were destroyed. However, a few were left for Lee Strasberg – Marilyn’s acting coach. 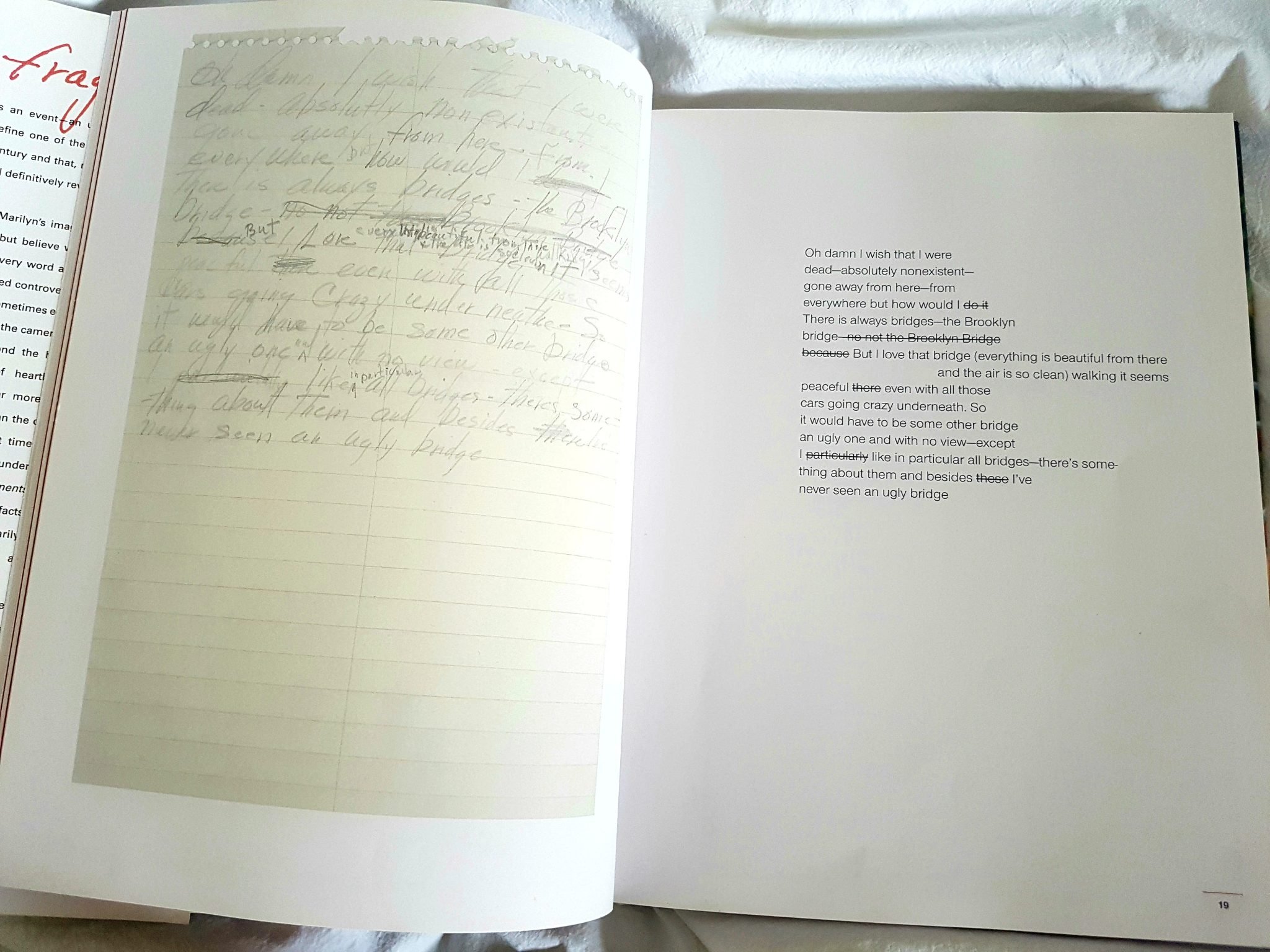 These pieces that Marilyn had personally written have ended up in a collection which has been put together in this book. From her poetry, letters, diary entries, recipes; the book uncovers her passion for literature, her articulate organisational skills, and unfortunately her sadness. You read about her fears and insecurities. One of the most emotional sections was her acknowledgment that Arthur Miller no longer loved her.

In a world that has controlled her voice, it was refreshing to read about her, from none other than herself. As an Old Hollywood and Marilyn Monroe fan, I do find it fascinating. It is clear that she has stamped a permanent mark in culture and society, so we should have a clear understanding at least. Because I do believe that she can teach young woman. Not necessarily about embracing your curves or applying classic makeup.

We are essentially dictated, that happiness is a concoction of money, beauty, success and fame. Our generation is obsessed with the idea of being a ‘somebody’. Yet, Monroe who seemingly had all these traits felt unhappiness within her. Rather than trying to figure out why, people reasoned that it could not be true. She must have been murdered.

Not only was she not satisfied with her life, she resorted to education. She was continually trying to ‘better’ herself and was attracted to men who had the traits that she craved. What I love is that she worked to outsmart the system. When she came back to Fox studios with a new contract, she was able to have more control and choose her directors. ‘Some like it hot’ – made after she came back to Fox, became her biggest success. 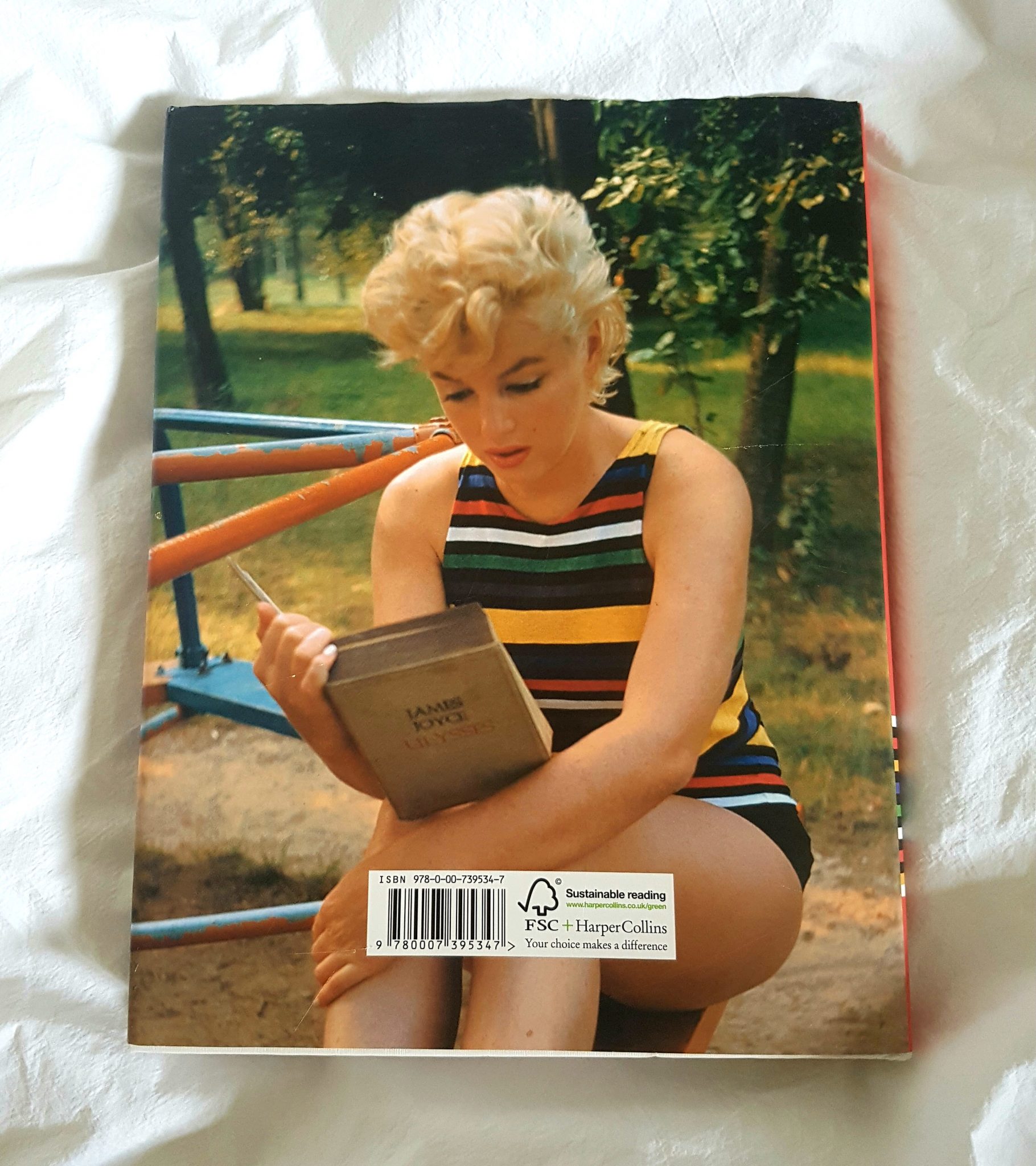 The book “fragments: Poems, Intimate Notes, Letters by Marilyn Monroe”, is not just for the avid fans. To me, it is comparable to a self-help book. When I am feeling down and my perfectionism is getting the better of me, I can turn to a page that Marilyn wrote and realise that even an A list icon, can feel overwhelmed with anxiety. I can relate to her poetry and conclude that my insecurities are not rare or unique; we can all question ourselves and be unsure of what we are doing.

Some say that her fascination has occurred due to her mysterious death. Personally, I agree with many of those who knew her, in that her death was an accidental overdose. It was a man who had nothing but a few snapshots on a film set, who wrote a book on her, declared that he married her (the studio forced them to annul) and that she was scared of President Kennedy killing her. Furthermore, he said that she had a hidden book which has never been found to this day. Coincidentally, he made all of these claims after she was gone and unable to defend herself. Like the quotes that she never said, his remarks have stuck in the media and in the minds of the world.

Her fascination continues for numerous reasons; her death is one aspect. Unlike most celebrities who portray picture perfect lives (even when they are sharing their doubts) Marilyn unveiled honesty. Millions can relate to her because she displayed the truth. Maybe it was her glamour, marriage breakdowns, struggle to conceive, and loneliness; there is something within her that is relatable.

I appreciate that she did not have an ego. She is like a fresh breathe of air in the land of Tinsel town. Smart, creative and like most of us bloggers, an avid notepad writer who wrote schedules, poems, plans and thoughts.

I highly recommend this book. Packed full of wonderful material, it features images of her own writing alongside a more clear text and sometimes an explanation of that text. Containing her funeral eulogy, chronology of her life, books from her personal library, favourite photo, and context which explains her life at the point of writing different pieces. My only complaint is the lack of photos. Nevertheless, it makes for an interesting read and looks beautiful sat in my bedroom.

Are you an Old Hollywood or Marilyn Monroe fan? Has your perception of her now changed and do you relate to her in any way?

"The book takes you on this emotional cathartic journey opening your mind to imaginative visuals and feelings that are either dormant or you didn’t know you had. "

Photo taken a couple of weeks ago - as usual, my g

A poem from my poetry book, Not in a Fairy Tale.