You are here: Home / Personal / A Brief Fling in Paris…A Short Story

Our last night in Paris began at a club we had frequented before. This time, no events were on and space flourished the dance floor.

We watched a young couple move as though they were recreating toddlers bobbing along to music. No rhythm, no technique; it’s almost an insult to dancers to classifying their act as such. 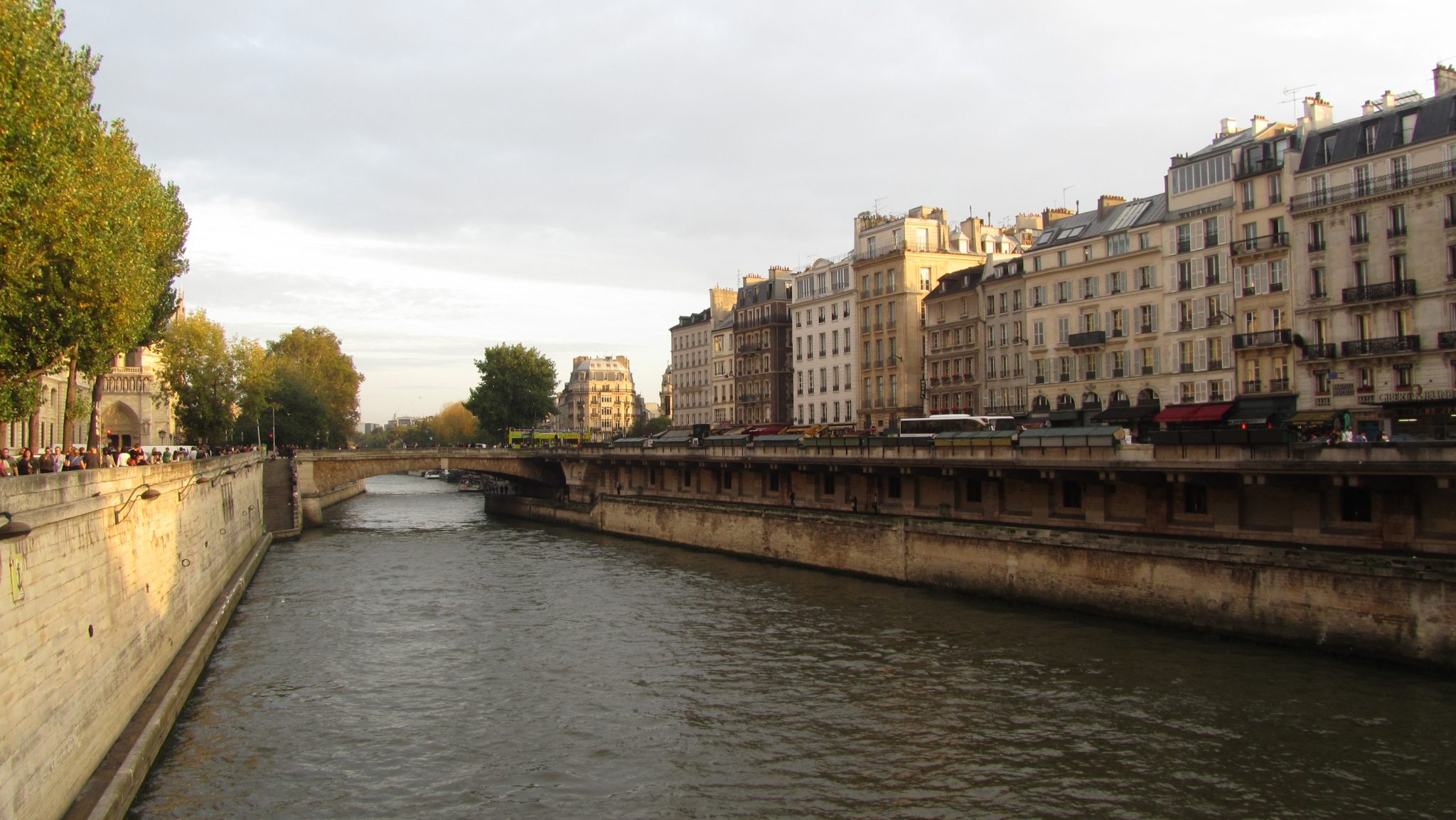 A drunk man stood up on the small stage. Every time a song was approaching a chorus, he created a build-up, walking to the stage as if he was going to dazzle a wild performance. Only, he would put one hand in the air and hold it up to the words he knew.

An older man arrived accompanied by a much younger. He was handsome; dark brown hair, a symmetrical face with medium ears, lips and nose. Nothing unpleasant stood out, and his eyes were almost almond.

“I’m from LANDON” he bellowed in my ear. Unnecessarily high as conversation could be somewhat spoke. I was immediately put off and no longer felt sorry for my friend who looked confused with the older man conversing. 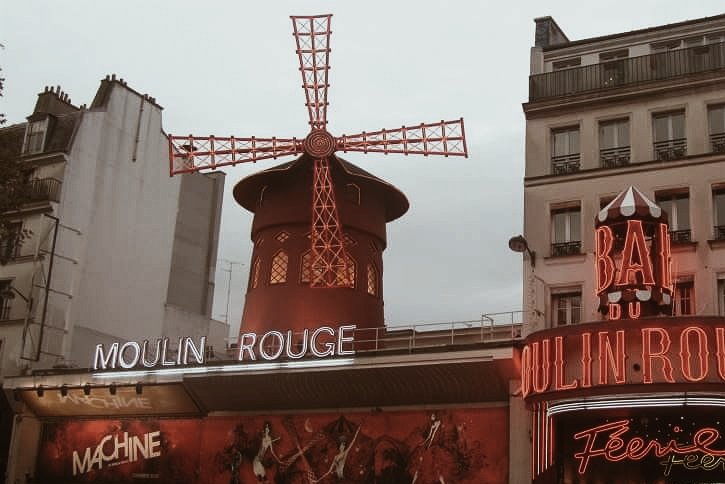 Before the night hit 12, we stumbled outside in shock at our dismal last soiree. At this point, our safety was a concern.

The Moulin Rouge is on a strip that is filled with French men at night, saying French words in a tone that sounds inviting. Except, their wolf-whistling and attempts to follow, left us moving rather quickly.

Blocks of sex shops, pornographic video stores and bars varying from salsa to English-style pubs. Nowhere looked welcoming, and to my stomach growling, it was painful walking past the closed patisseries. 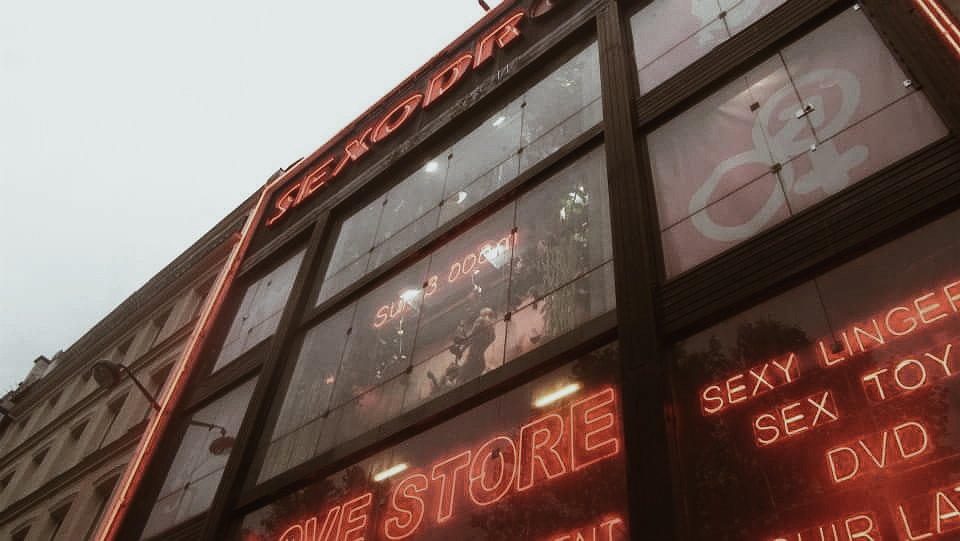 A French man in front started talking to himself. An American man approached us to the side and told us a lot of crazy people are out. “Like this guy here” he said, pointing to the Frenchman.

The Frenchman laughed and made a joke back. We assumed their uncanny friendship, and as a four-some we chatted as though we had all travelled together.

Let’s get a bottle of wine one suggested. The American was from San Francisco. A shaved head, tanned complexion, green eyes that complimented emeralds, and lips that any women would find enviable.

His clothing was plain and typical. Dark jeans and a simple shirt. Although the Frenchman was hilariously funny and easily had me beaming wide, I couldn’t deny the physical chemistry of the other. 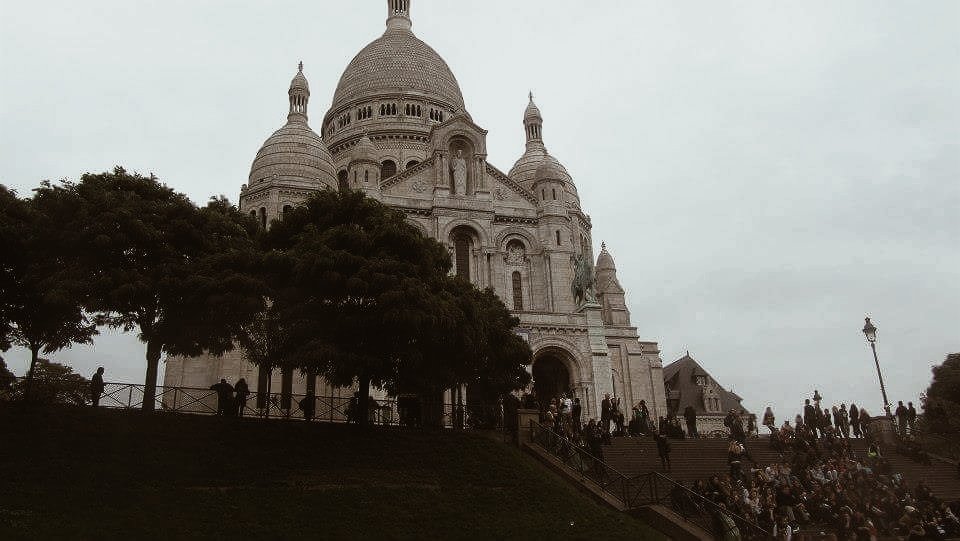 My friend then wondered whether we should all go back to ours. I’d never had a one-night fling before, and as our bed was a large double, I certainly didn’t fancy the idea.

I whispered, “I don’t want to sleep with him”.

She replied, “We will just sleep. I don’t want to be outside anymore”.

So, as she slowly stepped behind, me and the American led the way. He was an artist; whether he received money or not I couldn’t tell. But his sketch inside his jean pocket, looked marvellous. He was doing bar work while on a break at uni.

A great excuse to meet all his friends who lived down in Paris. 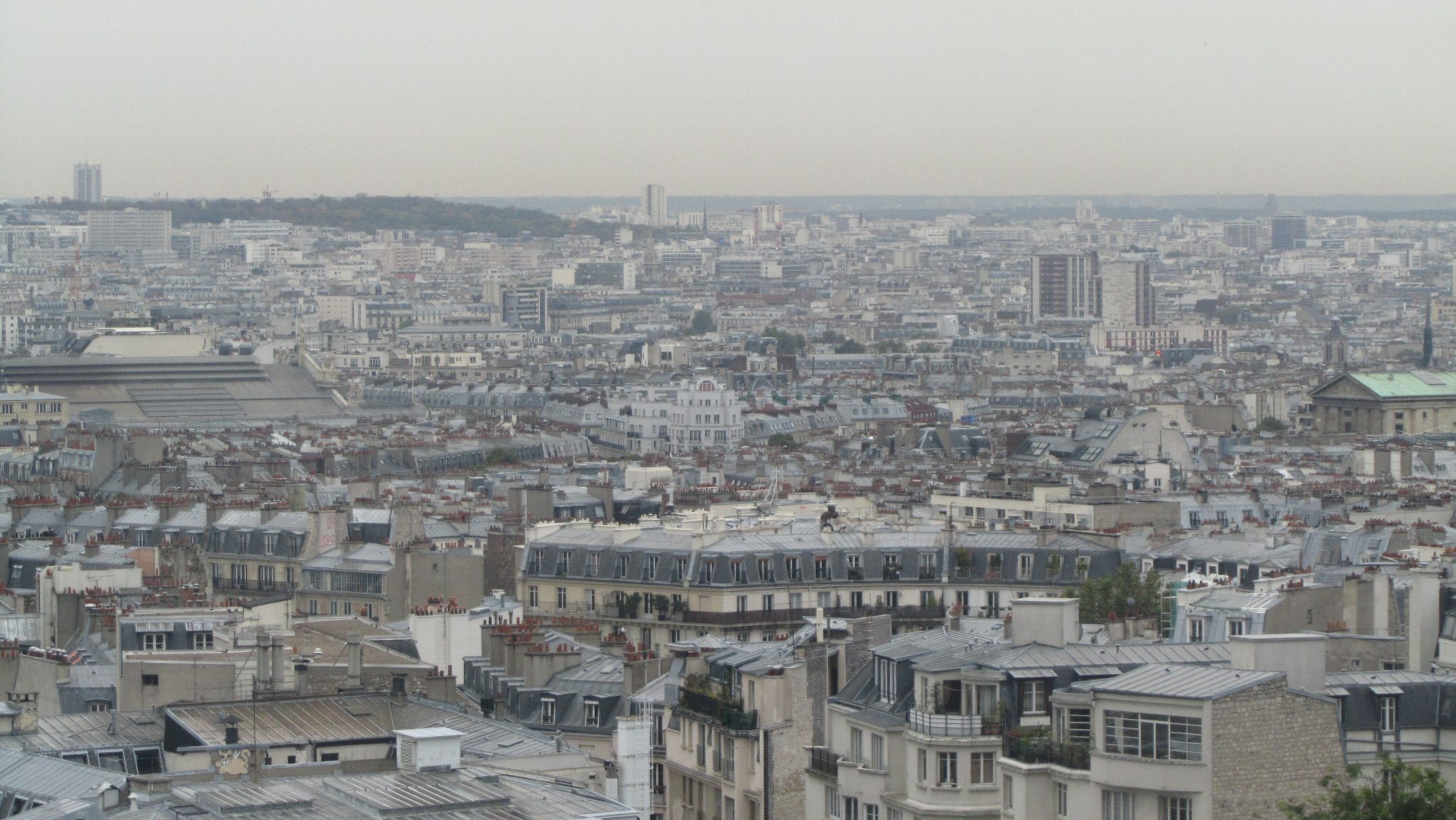 We continued our conversation, discussing the dread of heading back to England in a mere 10 hours. He yawned and slowly put his arm around me. A move that I wouldn’t accept at home, but now I was open to his childish antics.

It made walking up the many long flights of stairs uncomfortable. I had been walking up numerous staircases to different street levels all week. He wasn’t able to keep up with my pace.

I silently smiled to myself and pondered if all this stair exercise had made me lose weight.

When we reached the top street level, I heard an echo from my friend, telling the Frenchman that this iconic building looks scary. It wasn’t the Sacre-Coeur, though it reminded us both its a haunted-looking cousin. 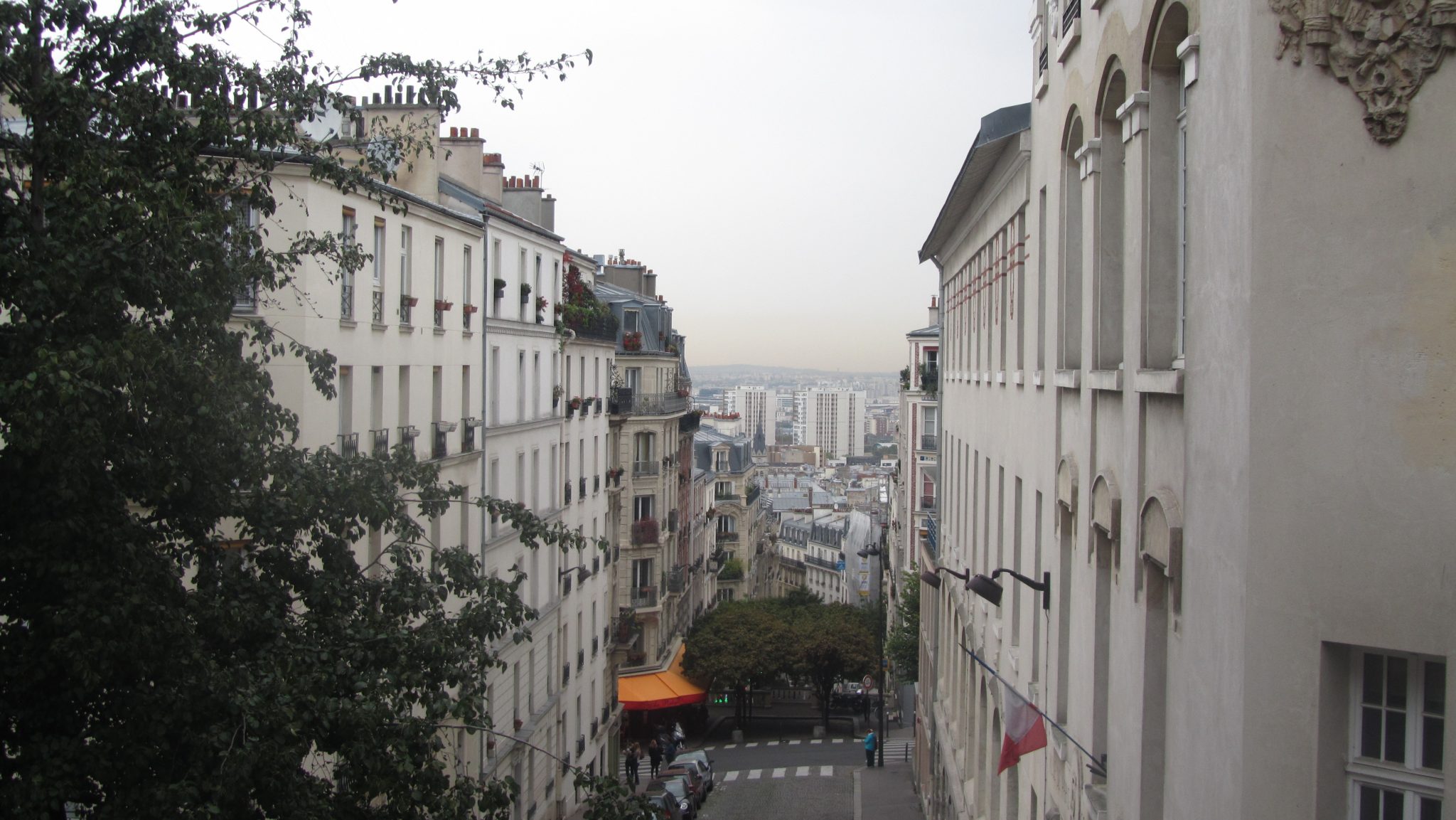 I proceeded to press the buttons to unlock our apartment’s large, red door. We sat in a room before the main entrance. I didn’t have the key to take us further.

Silence brewed between us, and I had no conversation left to say. I leaned against the wall and let out a frustrated sigh.

He got up from the floor, walked over to me and pushed me to the wall further. We began to kiss passionately; his hands gripping on to my dress. I had purchased it while in Paris. I followed suit and grabbed on to him.

I slightly sucked on his lower bottom lip. He did the same to me, and when I tried once more, I realised it was now an outdated move.

A few minutes in and our moment was interrupted, by what sounded like a drunken crowd on their last round of beers. 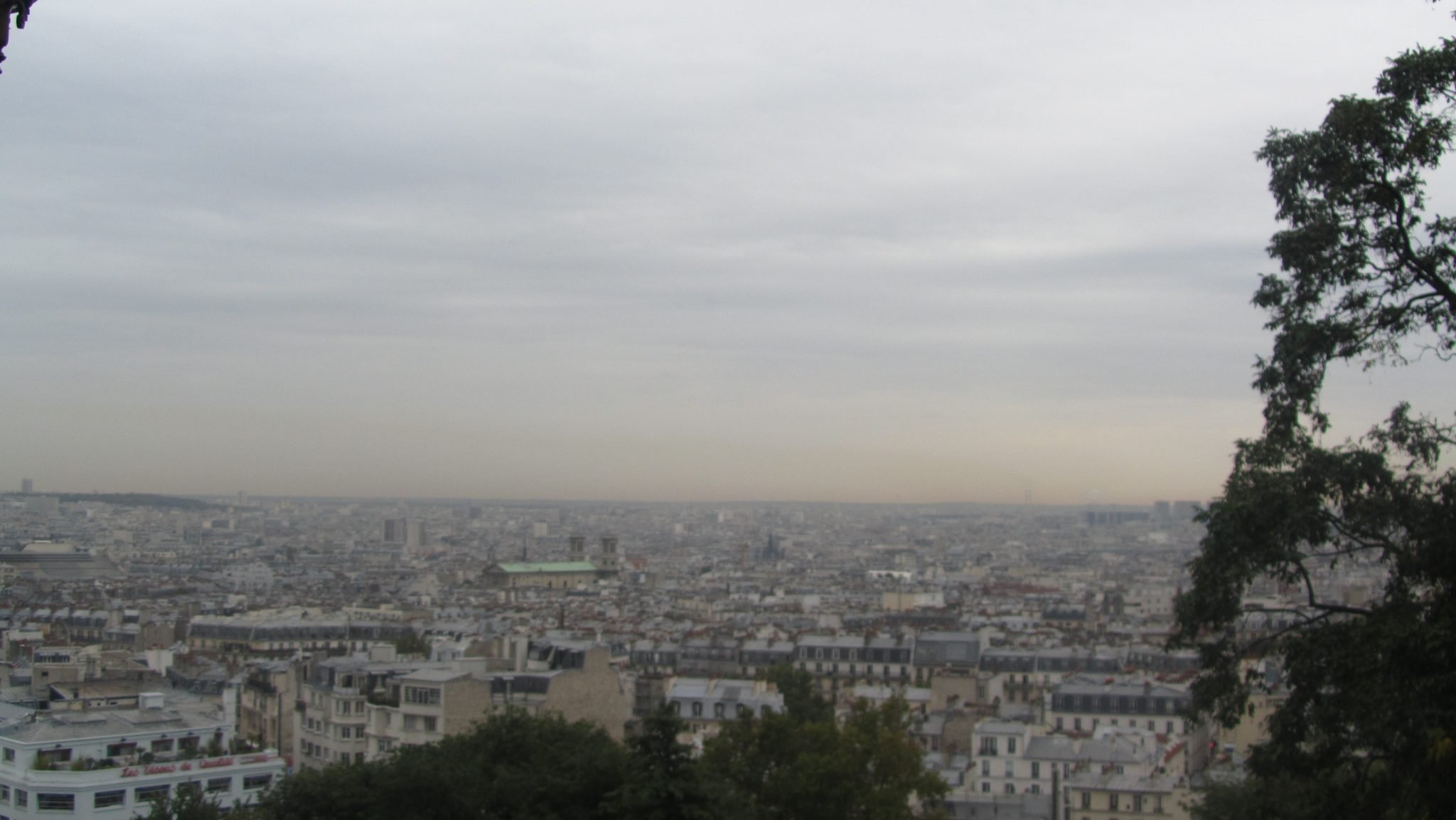 It wasn’t. It was my friend and the other stranger who we picked up on a strip full of sex shops.

All chemistry vanished, even though I had just had the best kiss I didn’t know possible.

After entering the miniscule red lift that creaked – it had gate shutters that looked rusty and buttons that took a while to reciprocate to our fingers pressing, we headed to our room.

It was a beautiful setting. A newly refurbished bathroom, a dainty café table and chairs in the corner, and a TV on the wall that sometimes gave us American rap music along with French.

Our bed was queen-sized; despite four of us easily being able to lie down not squished, I did feel I had to choose one position till the morning. 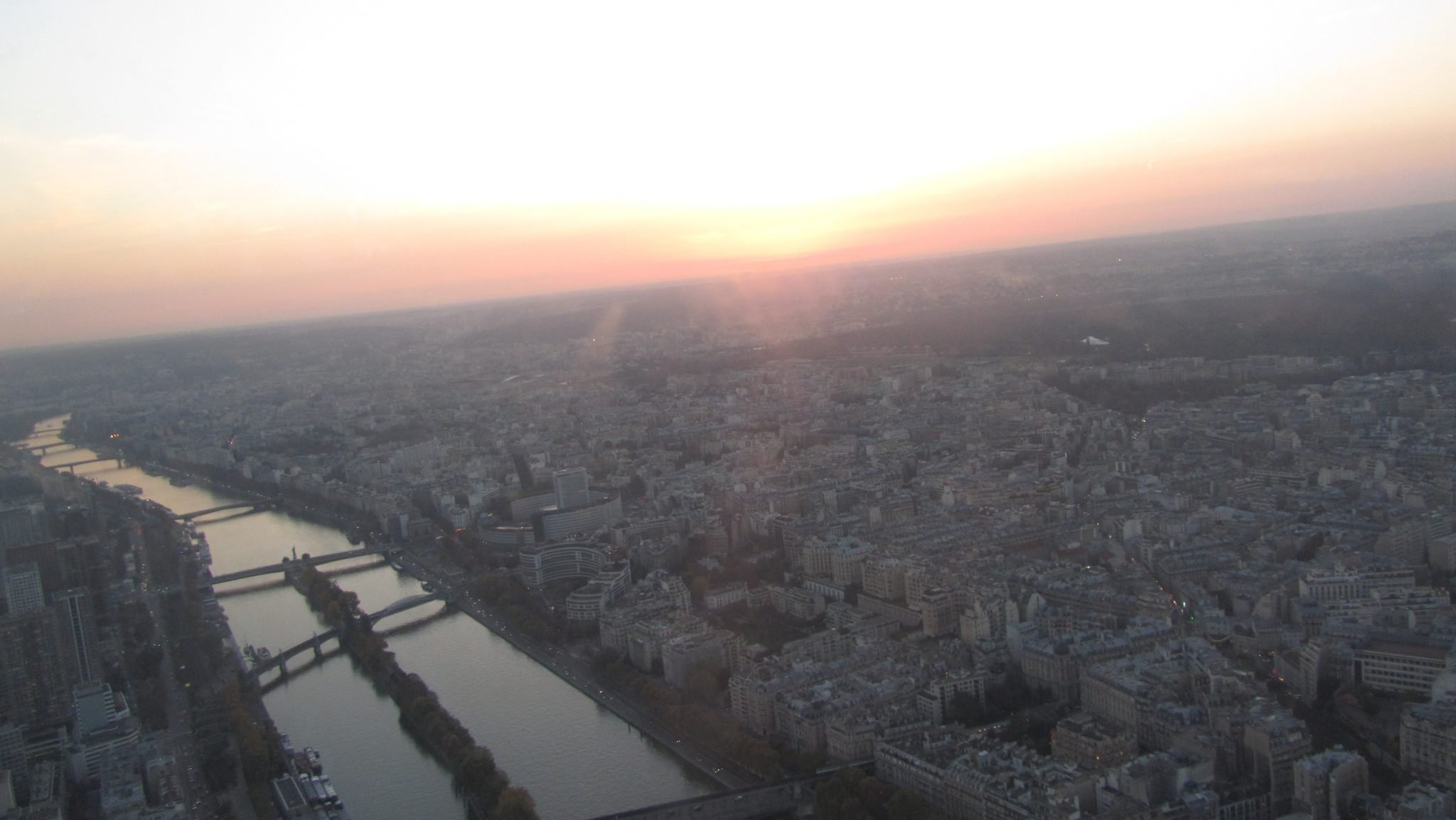 The American tried to kiss me once more. I exclaimed that I was tired and made excuses for us to sleep.

I awoke to him out of the covers and slumbering on the edge cuddled up like a dog who’s been scolded. I suppose he was truthful when he said he felt hot.

My leg accidentally kicked him, and reality set in.

They left and we packed our bags. I was in the shower when they walked out and didn’t have time to say bye.

All that remained of him was a dollar which fell from his jean pocket. I picked it up and kept it separated in my purse. It sits in my memory box at home, near the Parisienne dress he touched, hanging up in my wardrobe. 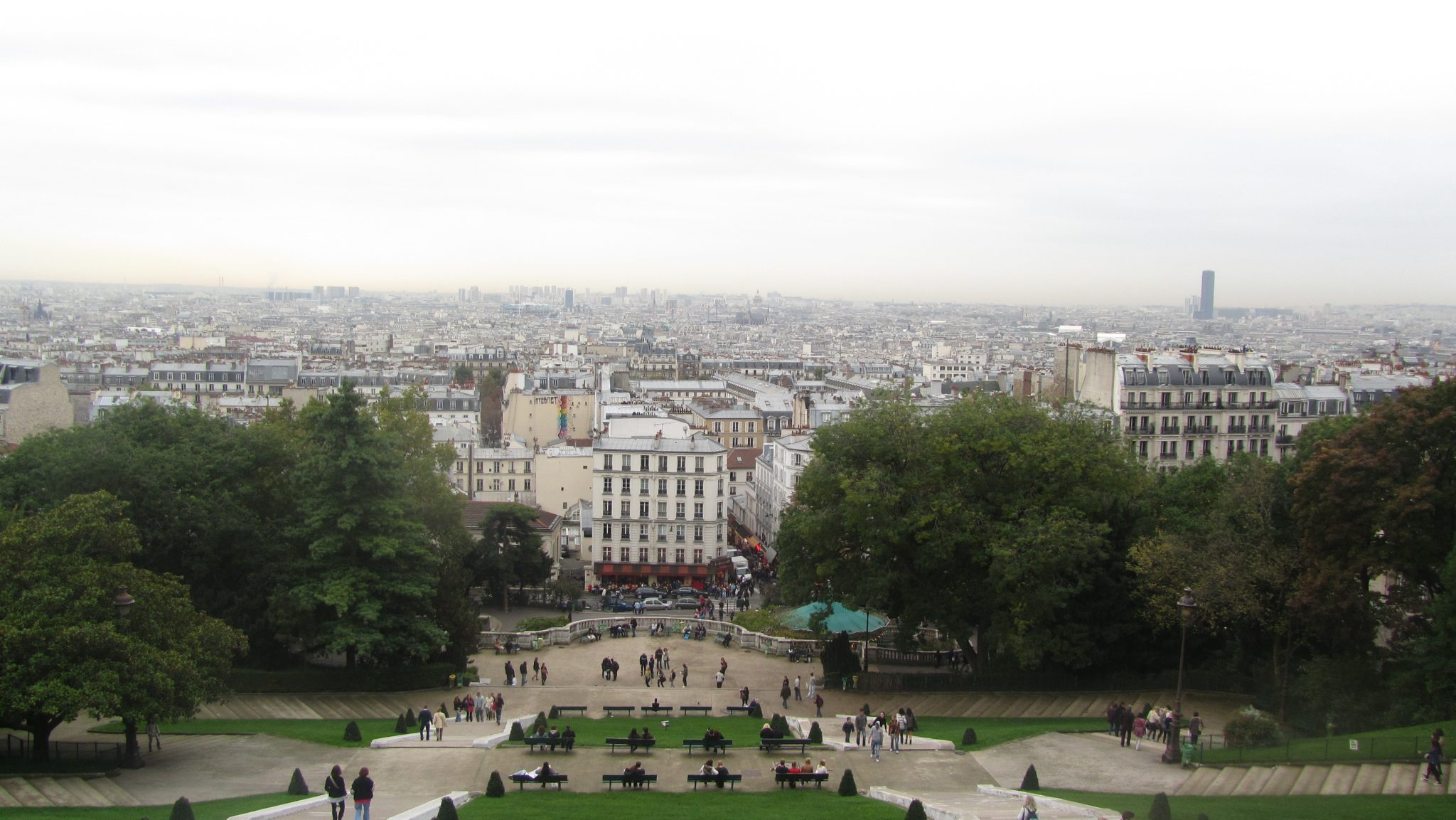 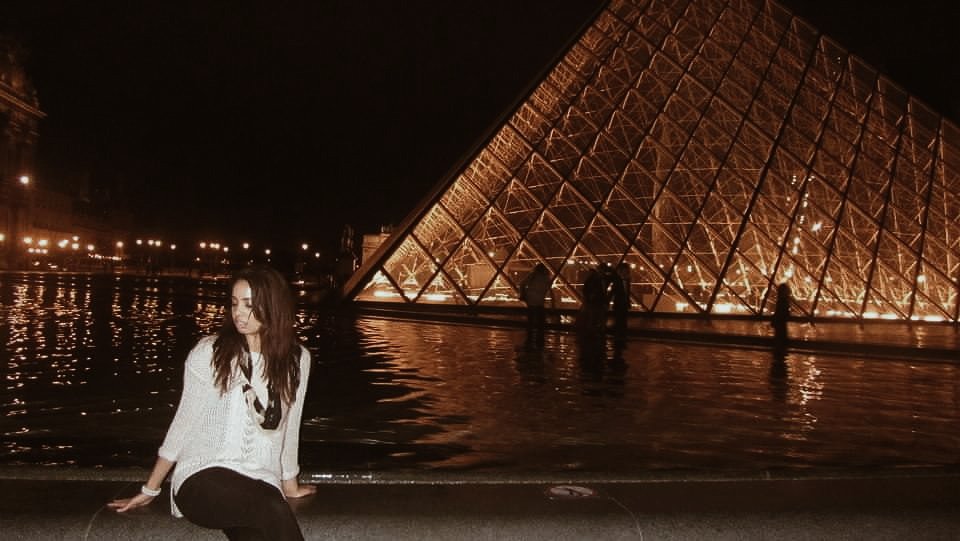 It’s not that I miss him or fondly wish to recreate our meeting.

But now and again in the bustle of my life, I remember that one crazy night, when I had a brief fling with an American in Paris.

And as it turned out, the uncanny friendship between the American and the Frenchman was false. They met right then and there, in the same second we spotted them.

I’m planning to start my e-book soon and would love to know your thoughts. Would you like a long version of similar content like this, maybe on a different subject. Or an entire fictional story?

And if you’ve been to Paris, what’s your favourite place? If you haven’t read my other short story on love, I’ve linked it down below.

A Short Story about Love

A Short Story About Love

The Shame of Being Beautiful

Why I love Being a Difficult Woman

5 Things That Changed My Life