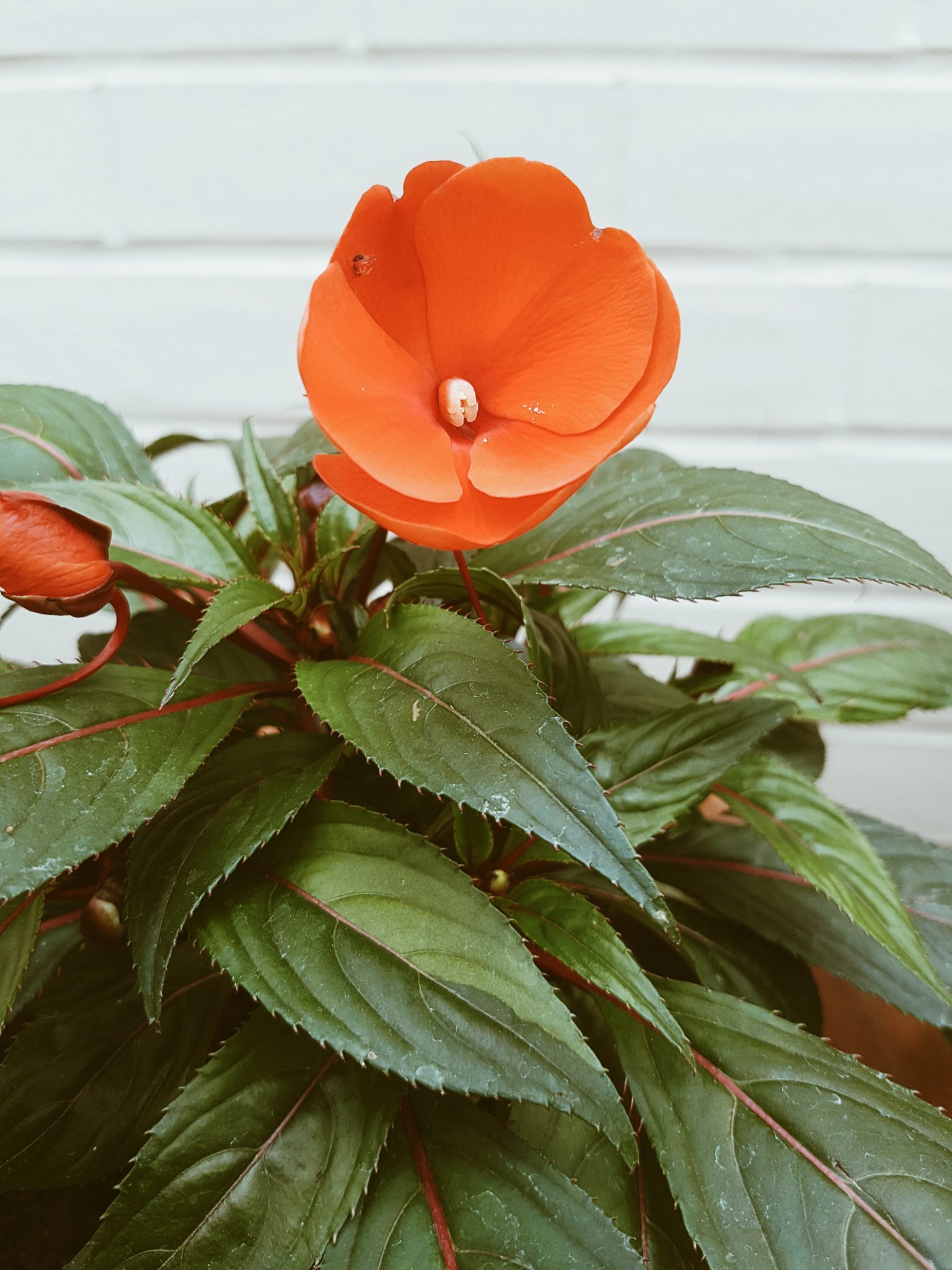 You are here: Home / Uncategorized / Reporting My Sexual Assault: What Happened and Police Failures

I set about to London with a bag containing an extra pair of lingerie. I met my friend for a quick drink beforehand and ended up arriving to my location a little late. This artist seemed legit, despite his request sounding like it came off a Hollywood studio script. When I was reporting my sexual assault, the haziness of that day came back to me, and I cried my eyes out.

After somehow managing to sign an actual modelling contract – one that didn’t take me anywhere, I was advised to put myself out there and start building up my portfolio and confidence in front of the camera. I created a profile with a popular modelling site that allows professionals to meet photographers.

An email came through from an artist who wanted to paint me in a painting. As bizarre as it sounded, thorough background research proved he was a genuine artist whose paintings are sold in one of London’s biggest galleries. A gallery that everyone knows; it’s fame equivalent to the London Eye and Big Ben. 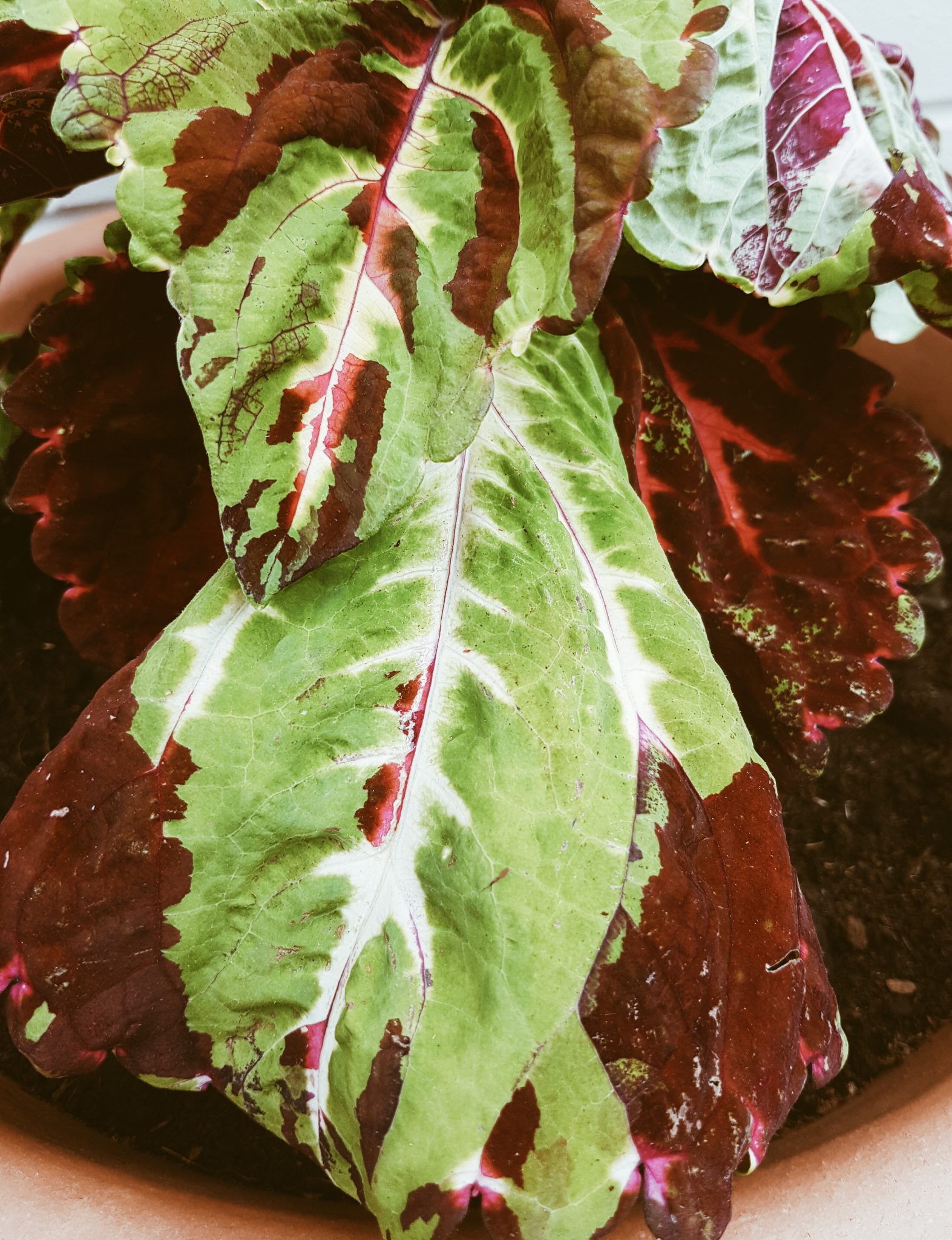 He also gave me great explanation, informing me that he doesn’t go for the typical ‘model look’, and he’s after a girl who he can lightly paint in the background of a canvas filled with buildings and sculptures. Again, it sounds bizarre, but you would have to see his work to understand his concept.

He operates in his studio apartment in a wealthy borough of London. He films models naturally moving, screen-shots an image, and then begins to paint using that screen-shot photo. There was a strict contract he created which states any filming is strictly prohibited from being sold or shown anywhere other than him using for the painting.

We emailed back-and-forth for a couple of months, then began to WhatsApp. He had a host of examples to show me and I began to feel comfortable and at ease; almost to a point of complete trust. 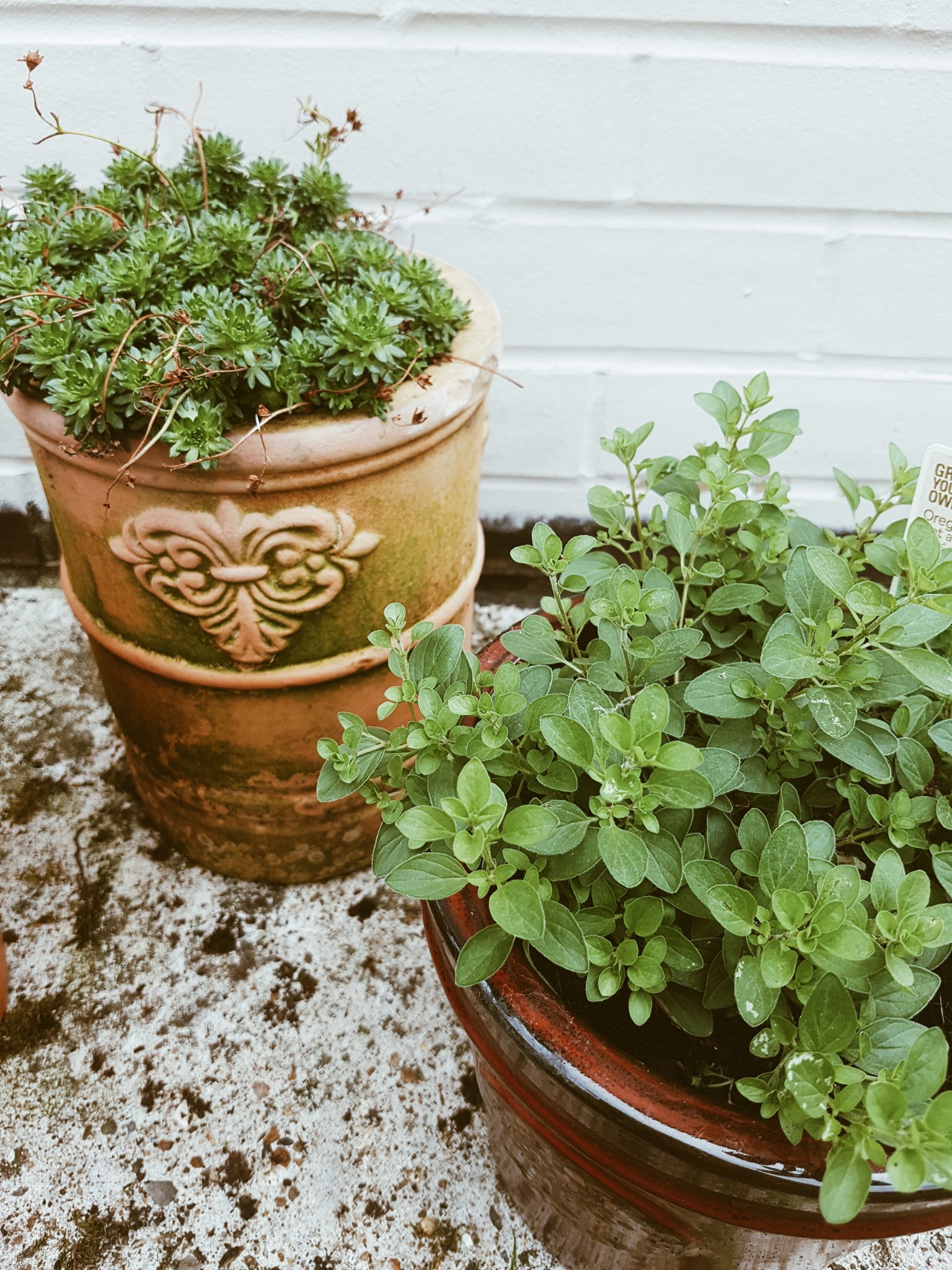 He had asked me if I minded wearing lingerie during the shooting, and I agreed. He wanted to get an accurate image of my body – if you saw his artwork and the explanation given, it just made sense.

After leaving my friend in London, I went to his apartment down a fairly busy street and neighbourhood. I banged on the door, looked up, and there he was on his balcony. A huge smile on his face.

His physique was slim and slender. I believe I have more muscle than him, which is saying a lot. He led me upstairs to his place and inside was exactly as I expected. Painted canvases hung from the walls and from his artwork corner. A high-end camera was set-up on a tripod, and his computer area looked like a mini studio.

“I’m also a music producer. Me and my friend sell expensive wine as well, would you like a glass?”

Before I’d the chance to properly get out my signed contract, in a serious tone, he discussed the procedure. He reiterated that I just needed to act as myself, have fun, laugh, and not to worry about how I appear. I was told that he may zoom-in or go up-close, just for a variety of angles. So, I shouldn’t be alarmed.

I went to the toilet to take off my clothes. I came back with my underwear on, and he didn’t seem fazed. That felt comforting, because I would have felt anxious if he had stared or commented. For the first five minutes, everything was going as planned. I was awkwardly dancing, and he was focusing on angles. 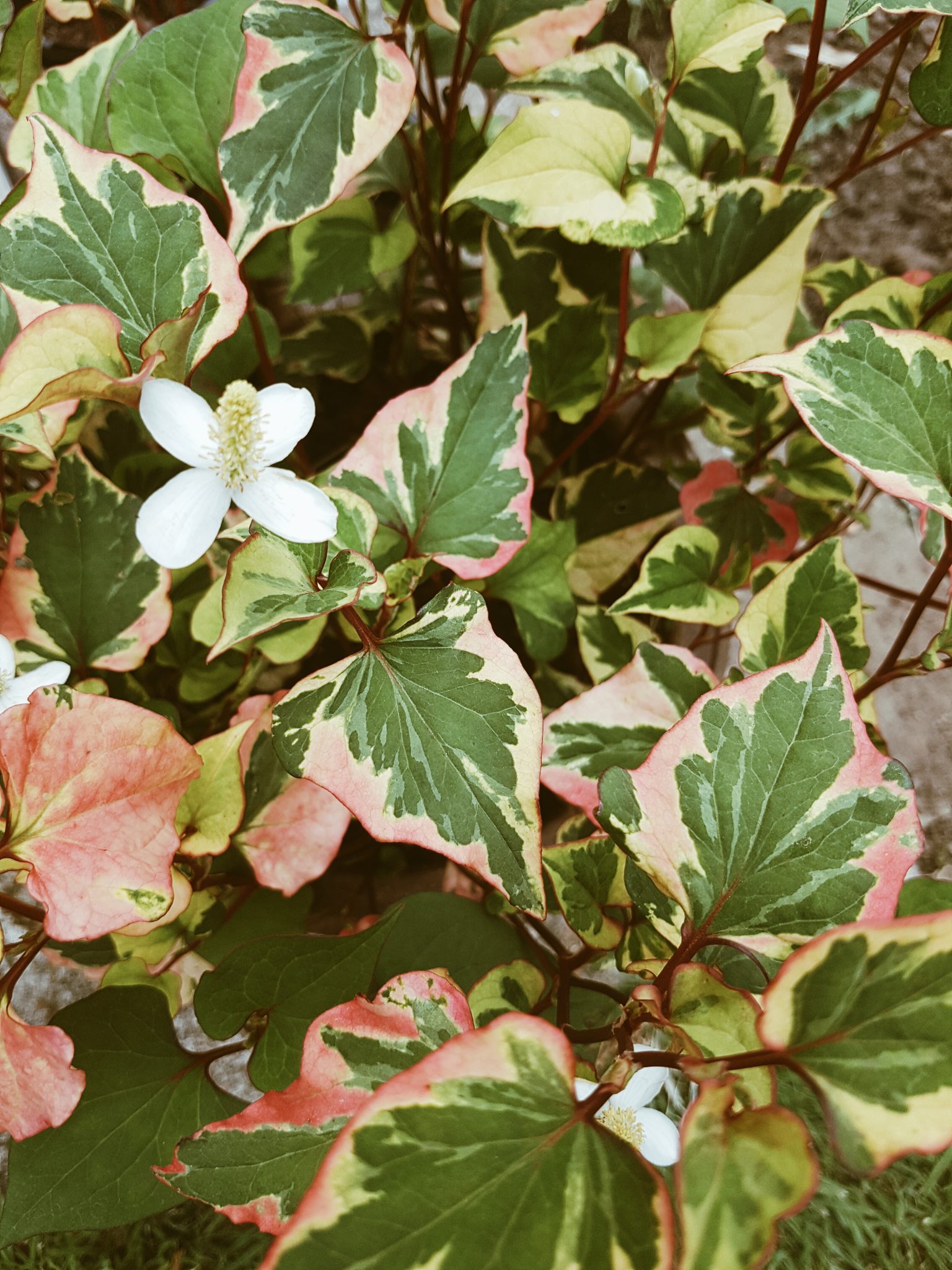 He asked me to take my bra off. I hesitated and enquired why. “Your bra straps are irritating me. The bra as well. They will make it difficult to paint”. I still hesitated.

“Look. Look at all these paintings. I never ever paint anyone naked or show anything. I’m only interested in creating shape and using the outline of your body. We have a contract, this isn’t going anywhere”.

“Can I not just hide my straps or wear a different bra?”

Another few minutes past with him telling me I didn’t have to do anything I didn’t want. At the same instance, there was a forceful push – a type of reverse psychology, to get me to stay.

My bra came off and we began shooting as normal. He cleverly waited until I was at ease to make his next move. He came right towards me and started to put his hands on my chest. I said no, yet he proceeded, now trying to play with them.

I pushed his hands back. He explained it would be an interesting twist to the painting, if a random hand was there. It would make a person think – whose hand is this? I by this point, was not that naïve to accept this ridiculous excuse. If it were not the fact he had just touched me, I could have laugh at his sheer, pathetic words. 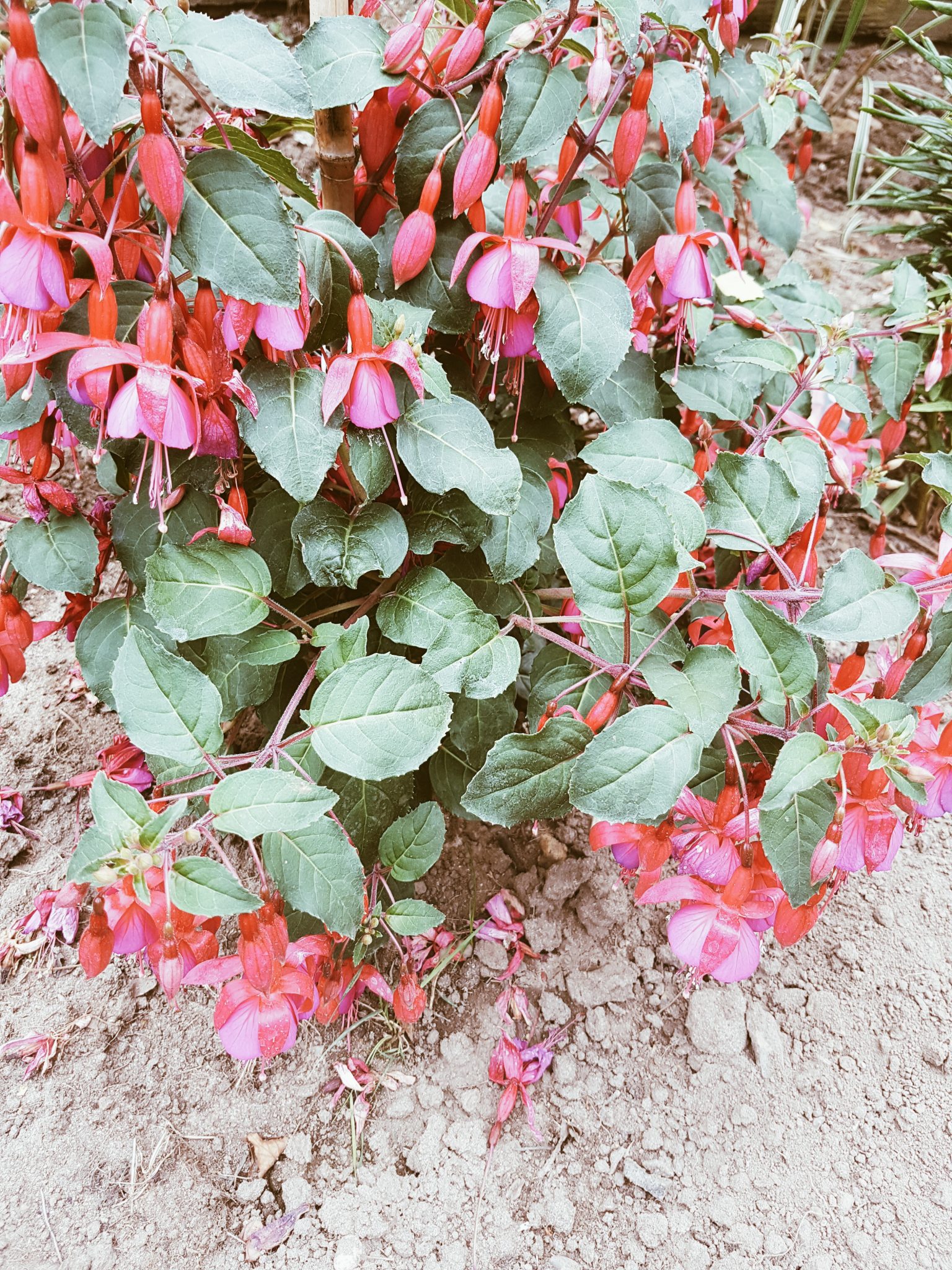 Feeling out of control

There I was, half-naked in a stranger’s apartment, vulnerable and alone. He said he needed a bit more footage and then I could leave. I became a frozen ice-lolly and chose to comply. Yes, he wasn’t strong and there wasn’t a knife to my head. But I can’t describe the feeling of being scared and absolutely powerless in an unknown place.

I thought, if I go along and get the extra footage, I can leave without a struggle. The camera began filming and I tried to dance; I felt like Pinocchio tied to a string. He started shouting, “yes, make love to the camera; pretend the camera is your lover”.

He took both his top and jeans off. Then he sat on his bed wide-legged, as if to display his now erect area. I was told I needed to bend down, and I did. He then put his hand on my butt and proceeded to put his hand inside my knickers.

I stood up and said I’m leaving. I listened to him go on about the shortage of footage. He repeated his lines on the safety of our contract; his voice erupted to anger. I had wasted his time. Why would I agree to this if I don’t trust him?

I tried to stay calm during his rage. As I put my clothes on and got ready to leave, he asked if I ever wanted to join him for dinner. 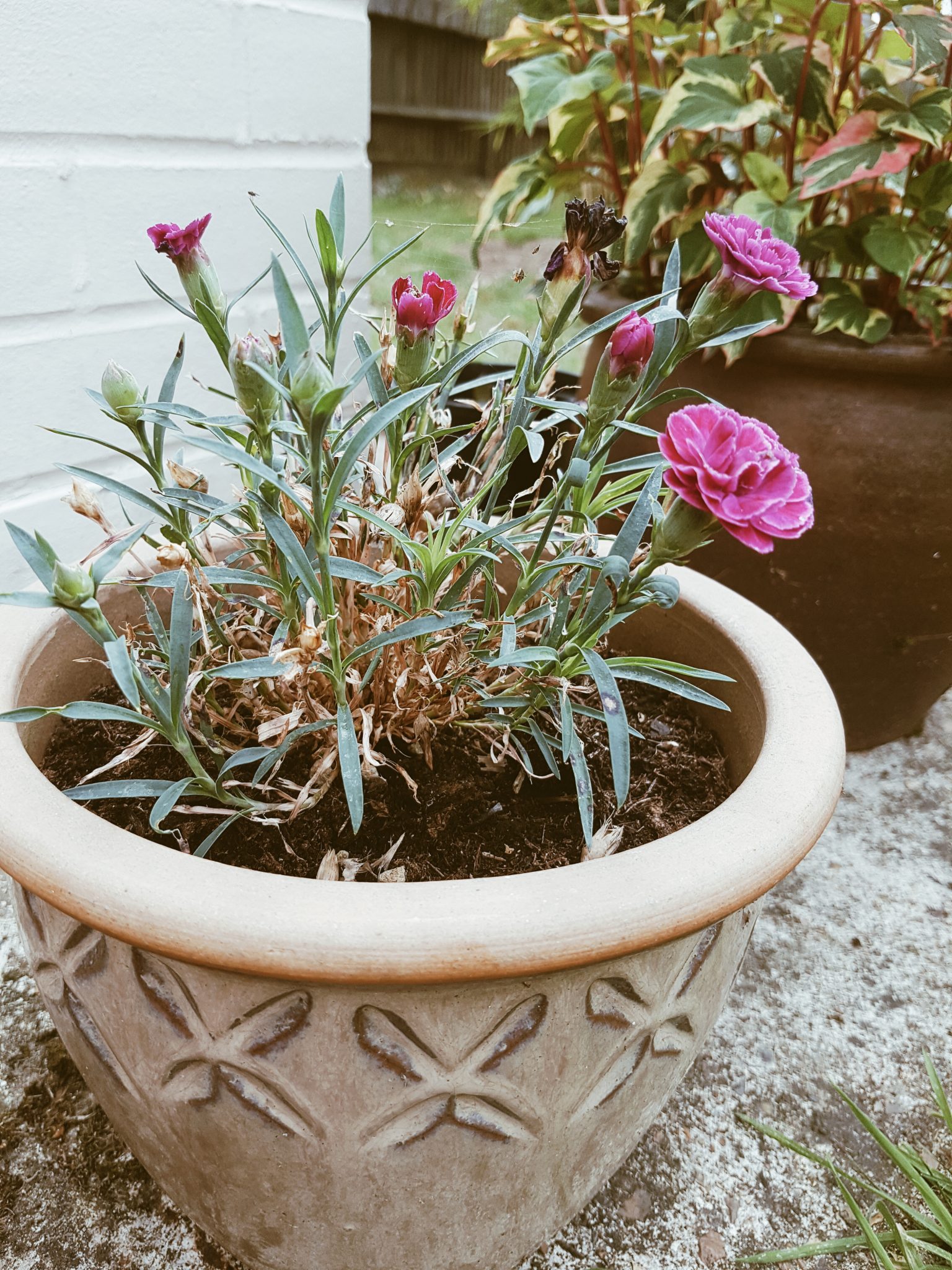 I immediately left and called my friend who I had met for drinks earlier. Hearing my distraught voice, she met me at Oxford Street, where we grabbed a bottle of alcohol and sat at the park like teenagers.

I laughed out loud. It was hilarious.

“Can you believe he told me to make love to the camera?”

I made such a joke of it. How funny that such a creep was using these stupid lines. I mean, a random hand in the picture, really?!

We went about our evening and spoke of my afternoon, as if it were a silly story. There were no tears or even a thought that I had been sexually assaulted. It wasn’t rape, he didn’t do anything that bad – why would I report it?

I kept shooting with photographers thereafter, and I even laughed with them. When they asked, “have you had any bad experiences?”, I’d smile and say, “there was this one guy”.

Realising I wasn’t the first victim

I cannot remember mine and my best friend’s conversation. Somehow, I shared what happened, and he instantly realised it sounded familiar. Me and my best friend had met on that same modelling site when he offered to pay me for shooting.

Turns out, his female friend had also met the artist I had met and received the same email. Quickly we started to talk and our stories were exactly similar. He had said and done to her, what he said and did to me. She was a late teenager when she met the artist, and the sympathy I had for her, made me aware that this was not a memory to laugh at. 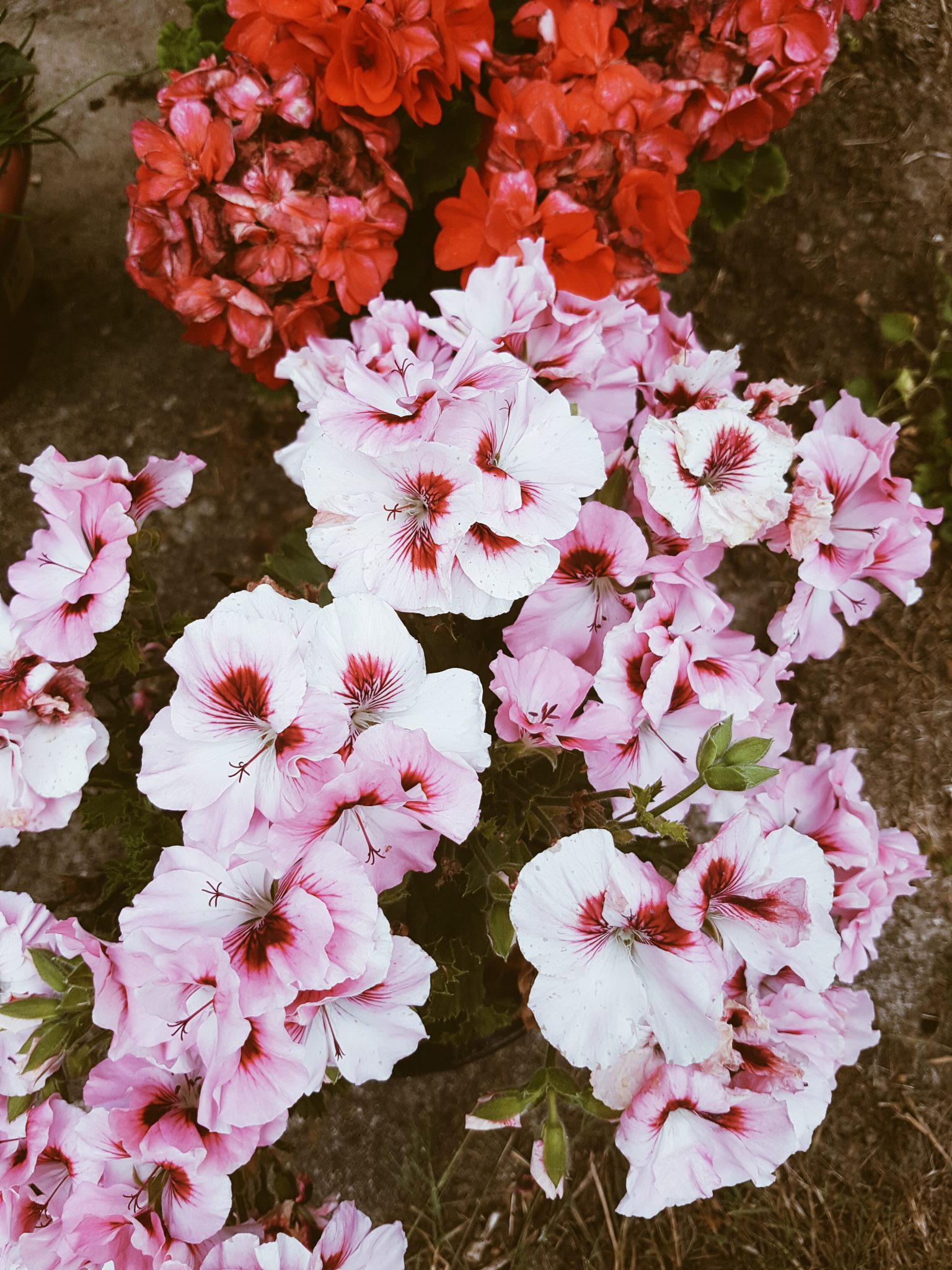 Reporting to the police

To make our cases stronger, we both decided to call the police together. Reporting my sexual assault was terrifying. I rang up and was requested to give a detailed description of what happened. Then I was told, that as I don’t live in London, I would have to report to my county officers. The officer on the phone said he would pass my details on to them, and I should wait for a call.

A week went by, and nothing. I rang up my local police and for the second time relived the details. They then said no, I need to go back to London police as the crime happened there. For the third time, I rang up and went through all the details. On this occasion, I was given a detective who wanted me to go down to the station to give a full interview.

That sounded frightening, so my second option was to speak to my local police who would then pass on my statements to London officers. 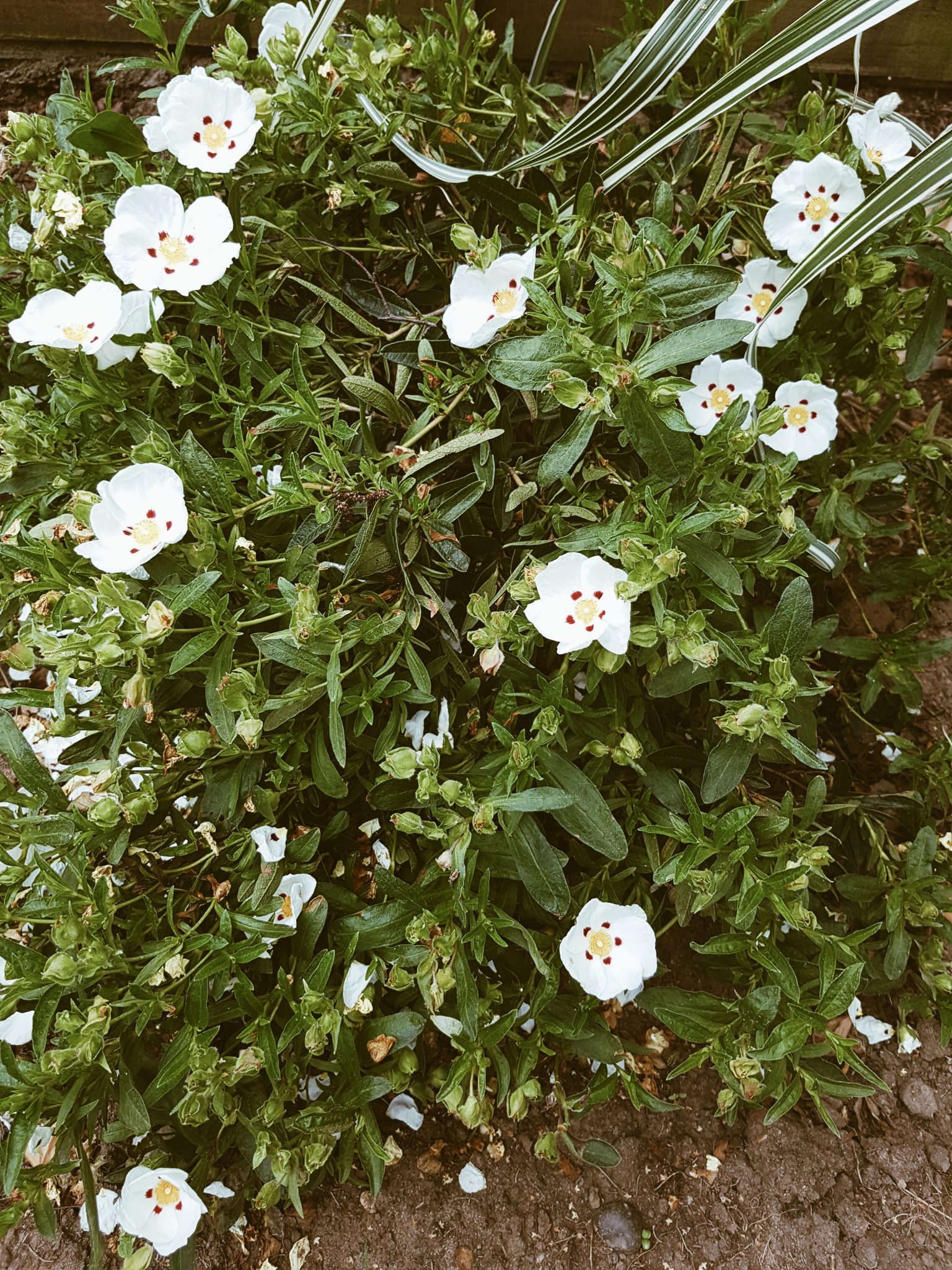 With my mum completely unaware – telling her was out of the question, I was in a state of panic when a police officer on a motorbike stopped by my house one morning. As neither of us were properly dressed and ready to greet the door, we didn’t answer.

The unannounced and unscheduled visit made me jumpy. I started getting calls from numbers I did not recognise.

In the end, two female police officers set a time and came to my house with a huge bowl of apologies. They were friendly, polite, and all was forgiven. Half-way through my description of the day, tears flooded my eyes and I cried till the end.

They took my words and made a professional statement. Police raided the artist’s house and took his camera and his laptop. He had wiped the sound from my video, making it seem I had agreed to it all. Shockingly, they found hundreds of footage. Girls everywhere had succumbed to his persuasion.

Considering none of them had reported anything and the video footage was now miniscule evidence, the case never made it to court. 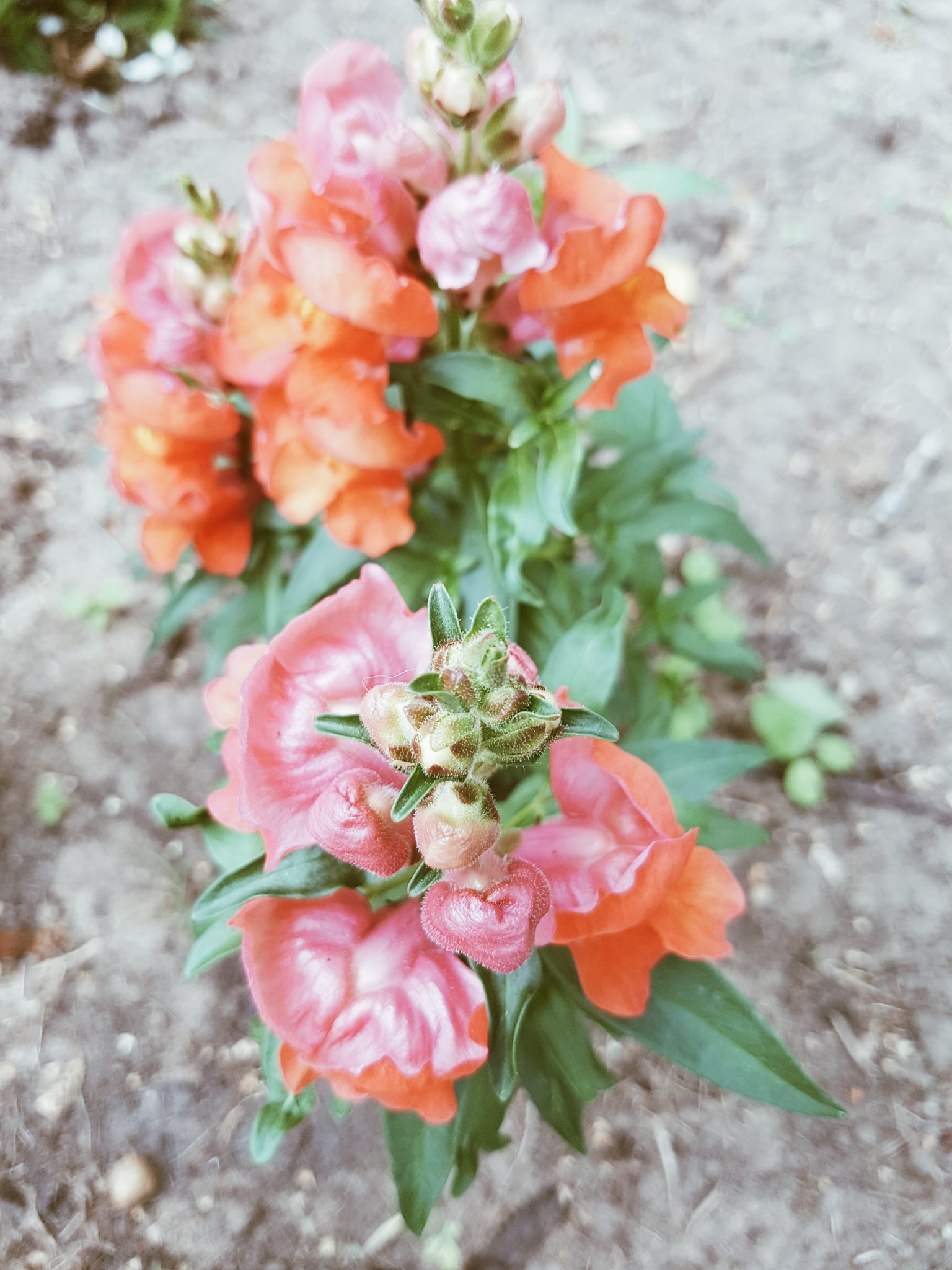 I have zero regrets on reporting my sexual assault. This taught me two things. Firstly, my mind is a magician, and I can easily lie to myself and pretend that sad memories are not too bad. Secondly, it doesn’t matter whether it was rape or not, if it counts as sexual assault, it counts to report.

I once asked on my blog: Why do we not accept that all sexual assault is wrong? Months before the Harvey Hollywood scandal broke, my post was there.

Sometimes I think it’s not his actual hands on me that makes me upset. I despise feeling vulnerable. I hate the idea of being pitied or having sympathy. To be in a position that defenceless and lost in knowing what to do – wondering whether he will let me go without harm, is what gets me emotional.

To repeat however, reporting my sexual assault has given me no regrets.

Have your views on sexual assault changed since the Harvey Weinstein scandal? Reporting my sexual assault, can you relate to anything? Click here for support.