You are here: Home / Sex & Attraction / It’s Better To Be Smart Than Attractive

If you have Cindy Crawford’s genetics, then sure, beauty is lucrative. But beauty also fades (according to society) and leads you with a daughter to take your place and an Instagram where #throwbackthursday is almost daily. Crawford’s ‘prettier’ young photos she frequently posts, can receive thousands of more likes than her modern snaps. I believe it’s better to be smart than attractive, and I wish I possessed greater intelligence.

The obsession with beauty

I’ve nothing against Cindy – I find 90’s supermodels inspirational and happily admire their stunning photos. I’m not someone who blames my insecurities on media ideals. I grew up in a beauty obsessed household. It didn’t matter whether we missed a christening ceremony or the start of a dinner party, if my mother didn’t have a full face of makeup with straightened hair, and a perfumed body with a scent lingering throughout the house, we weren’t arriving on time. Looking beautiful wasn’t a thing you chose; it was what we did. In highschool, I was the first in my year to reshape my eyebrows.

Aged 13, I was contouring with designer cosmetics and using my own brush set. I knew which brands sold the best foundation, and where to go to get the most voluminous mascara. Although it was naturally applied, makeup quickly taught me how to mould myself to beauty standards. Social media alone doesn’t teach women to place emphasis on appearance. Magazines have pushed this notion for decades – it’s beauty that sells, not sex. The allure of great physical attributes has spell bounded humans for centuries. 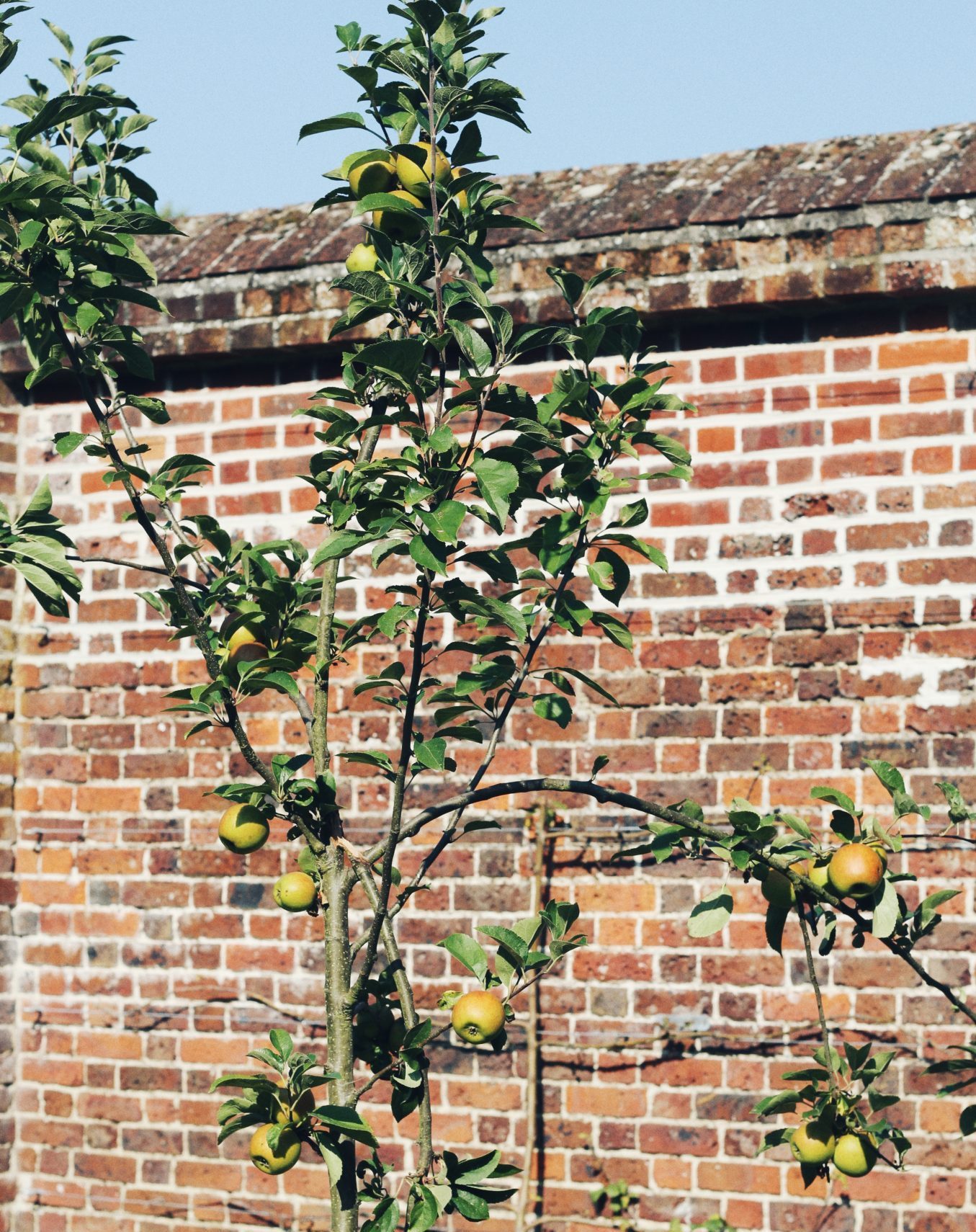 And according to science, it’s not hard to see why. Insider published an article on the benefits of people “conventionally attractive”. Beautiful people are often perceived as happier, healthier, and more capable of performing a job – well, more likely to get hired. On my blog post: Aspiring to be Beautiful is Not Motiving, I spoke about the issue with some of these stereotypes.

It’s better to be smart than attractive – except in dating. In 2016, The Independent wrote a piece on a study suggesting “men are actively turned-off by cleverness” unless a woman is beautiful. In 2017, The Independent’s publication indy100, published information on a study concluding: When men are confronted by a more intelligent woman, they feel “less attracted”. And last year, Mind Body Green shared research arguing both genders prefer intelligence – except – men tend to care only when “getting serious with someone.”

So, if you’re an intelligent woman, don’t expect to enjoy flings. You’re suitable when a man wants to settle down. Despite this research, I disagree. Some guys I’ve dated have showed disdain towards my interest in psychology and reading, yet those guys didn’t place intellect highly in their daily lives. They weren’t bothered about learning, their passions remained elsewhere. One of my exes who is extremely intelligent, easily discusses complex subjects in casual conversation. I had to educate myself to keep up – I lacked confidence in sharing my opinion. 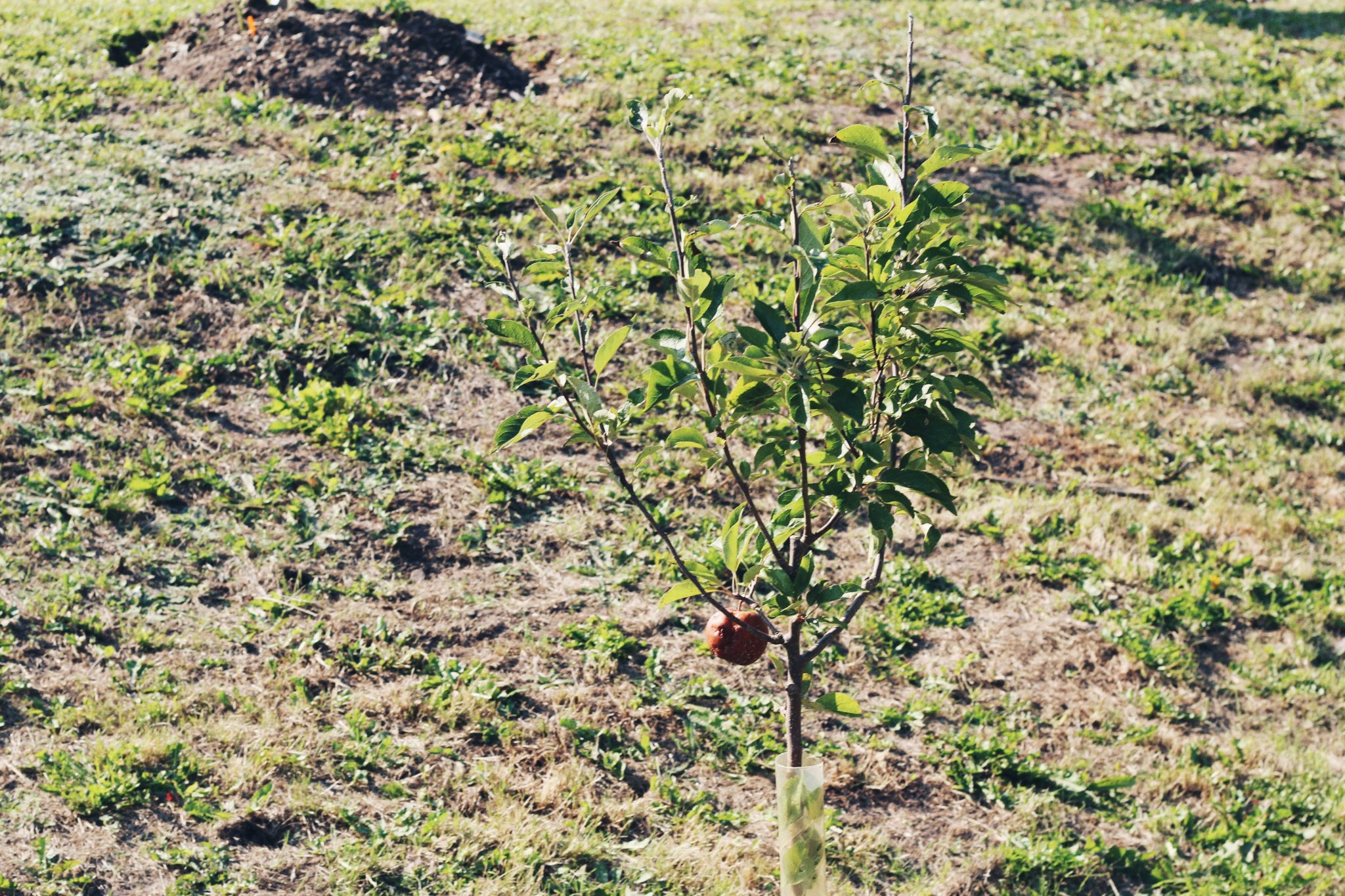 Biologically, research supports the theory we fancy people who look similar to us. Meetology.com, put together a list of studies backing this idea. Regardless of how stunning you believe a person, chances are, others may feel differently. For example, Kim Kardashian divides opinion on whether she’s attractive. If you think appearance can affect your chances of finding a male partner – you’ll probably end up with someone who resembles you anyhow. When I tell friends, they look similar to their other halves, immediately they refute my claims. When you understand bone structure and eye shapes etc., you realise the obvious symmetry between couples.

Beauty isn’t a ticket to self-love

The dividing opinion on what and who is beautiful leads to pressure and insecurity. I think Sarah Jessica Parker was very good-looking in Sex and the City. A lot of people – mainly men I’ve asked, disagree – Sarah has faced nasty comments online for supposedly resembling a horse. The magazine Maxim once listed the actress as the no.1 most unsexist woman. Her handsome husband, Mathew Broderick, happily disagrees. 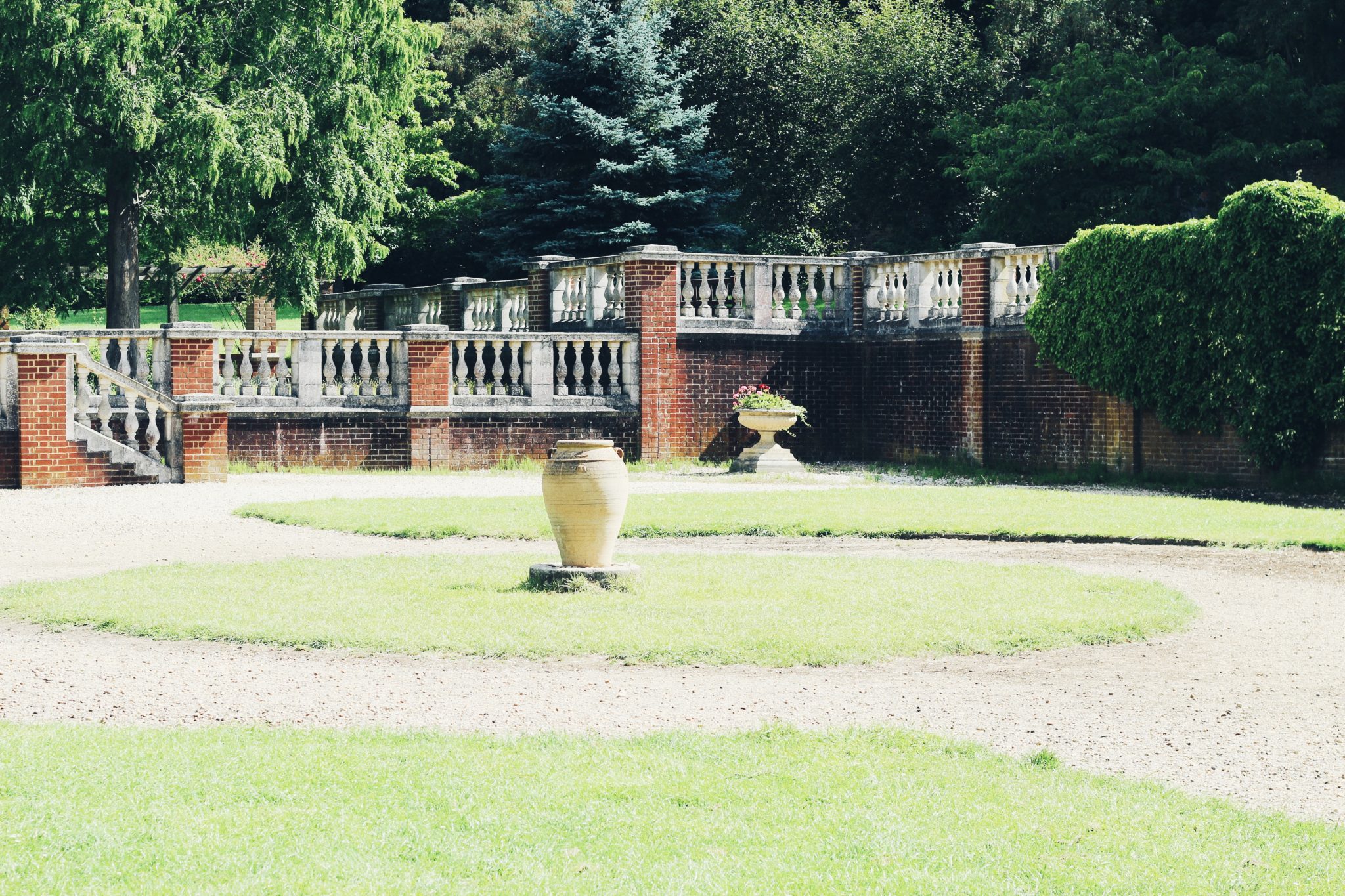 When I’m on a date, I want the guy to notice the effort I’ve made, but I don’t want my appraisal to solely base around my appearance. One guy I recently dated, confidently told me I was sexy, joked my clothes would look better on the floor of his apartment, and asked me to go back to his after our first date – he had to ask, because I was “too beautiful to not”. Heading home after, I kept trying to analyse if I was interesting enough – did my nervousness make me boring? Did I seem like a girl worthy of sex and not much else?

It’s better to be smart than attractive – if I had to pick. I know it’s a bad stereotype to assume there’s one or the other – some lucky people exemplify both. Intelligence itself is difficult to clarify. From emotional to business – there’s no clear-cut answer. I judge intelligence on a high IQ; someone able to easily digest and memorise information; able to articulately debate topics, and hone a passion for challenging their brain. I also believe creative geniuses are intelligent.

If you don’t have the eagerness to challenge your mind, it’s hard to gain knowledge. How many of us make time to apply products, order clothes and edit photos, yet struggle to find time to read or work on a skill? Give me a man committed to educating himself over a man focused on his outer exterior. I want a partner who encourages me to see new perspective, teaches me what I don’t know, and a man wishing to build on wisdom together. If they happen to have a hot body and a nice face – that’s great. If not – it’s not a deal breaker. On the other hand, not being smart is a complete turn-off. 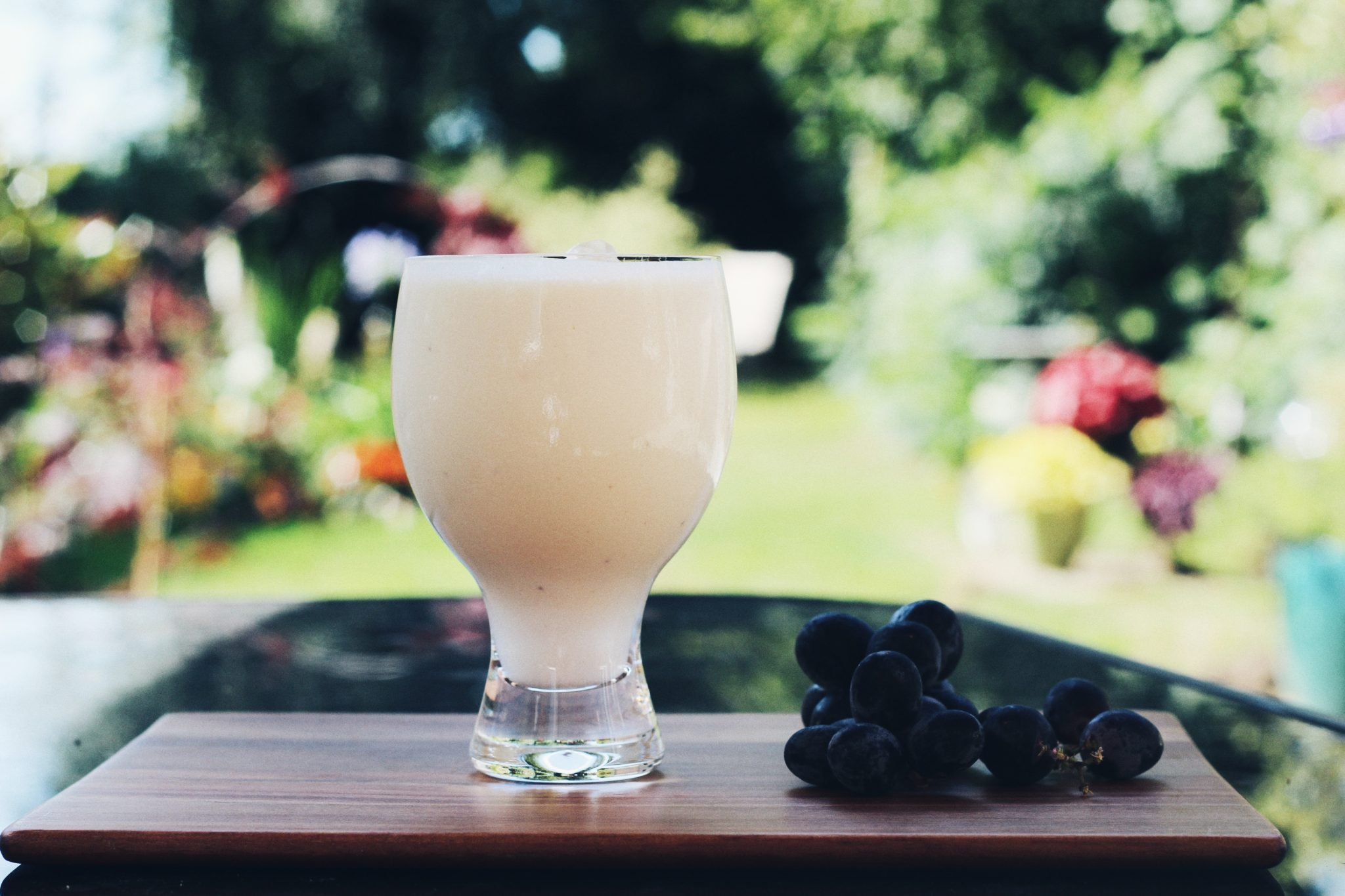 Arguably, intelligence is something anyone can develop – book seminars, classes, university etc. Plastic surgery can help beauty – this article narrows beauty down to a classical structure – to an extent. Beauty is a task in itself – ensuring you sustain an idealistic figure, skincare regimen, eyebrow grooming… As incredible as someone like Jennifer Lopez is, if she stopped putting in work, she’d receive negative press. While intelligence is intelligence, beauty is beauty until a new trend takes over. It’s there until you begin to show signs of ageing. Unfortunately, that’s how it’s viewed, whether or not you personally agree.

My ultimate reason I’d rather be smart than attractive

I try to look my best possible. Admittedly, I’m a hypocrite for enslaving myself to cultural ideologies. And I’d be lying if I said I didn’t care whatsoever about receiving compliments on my physical appearance. With that said, when has a compliment, stare on the street or attention sourced from my looks, ever made me feel better? The only thing that’s boosted my esteem is eating healthy and working out. When a guy I like tells me I’m his type – it’s uplifting for a short period of time.

I appreciate conceptual beauty and centre my Instagram feed around beautiful food, makeup and nicely shot photographs. There’s value in having others take the time to praise my photos – just not enough to make me fully content with myself. I’ve worked with ridiculously stunning models and all of them spoke about their flaws. On a photoshoot with two models, signed to a top agency, I watched them go twelve hours surviving on one salad and two bananas. They complained about their endless travel and having to sleep early to avoid dull skin.

Increasing your mind’s knowledge typically requires high amounts of concentration. Working hard always feel rewarding though, no matter how tiring. It doesn’t leave me with an emptiness or feeling I’m not utilising my energy; I don’t judge myself for learning. Attractiveness might be a luxury in today’s miniscule version of what counts, and it may have considerable benefit. Nonetheless, if I had to decide between the two, I’d rather be smart than attractive. Besides, confidence, fashionable clothing and health gives you a ticket to a good appearance.

How do you feel? Would you rather be smart than attractive, or do you feel there’s something else like popularity which reigns more supreme?