You are here: Home / Sex & Attraction / Sending Nude Photos Shouldn’t Be An Issue

I’m talking about sending nude photos to someone who wants them – not casually opening up a message to find a dick or a pair of naked legs spread open. And I’m referring to adults of consenting age.

The first topless photos I sent were taken on a digital camera – the kind your parents bought to take on holiday. I wore heels and made my eyes smoky; teased my hair to look post-sex. Confidently, I didn’t filter – my ex boyfriend, first love, has seen me in the shower before with racoon eyes from black eyeliner.

Publication The Swaddle, produced an article on a study suggesting women (compared to men) “were four times more likely to send nudes” to keep a person interested. Additionally, the study found women sending nude photos are more likely than men to feel empowered. As discussed in my post Male Sexual Privilege and Female Contradiction, women aren’t given the same freedom to explore their sexuality. 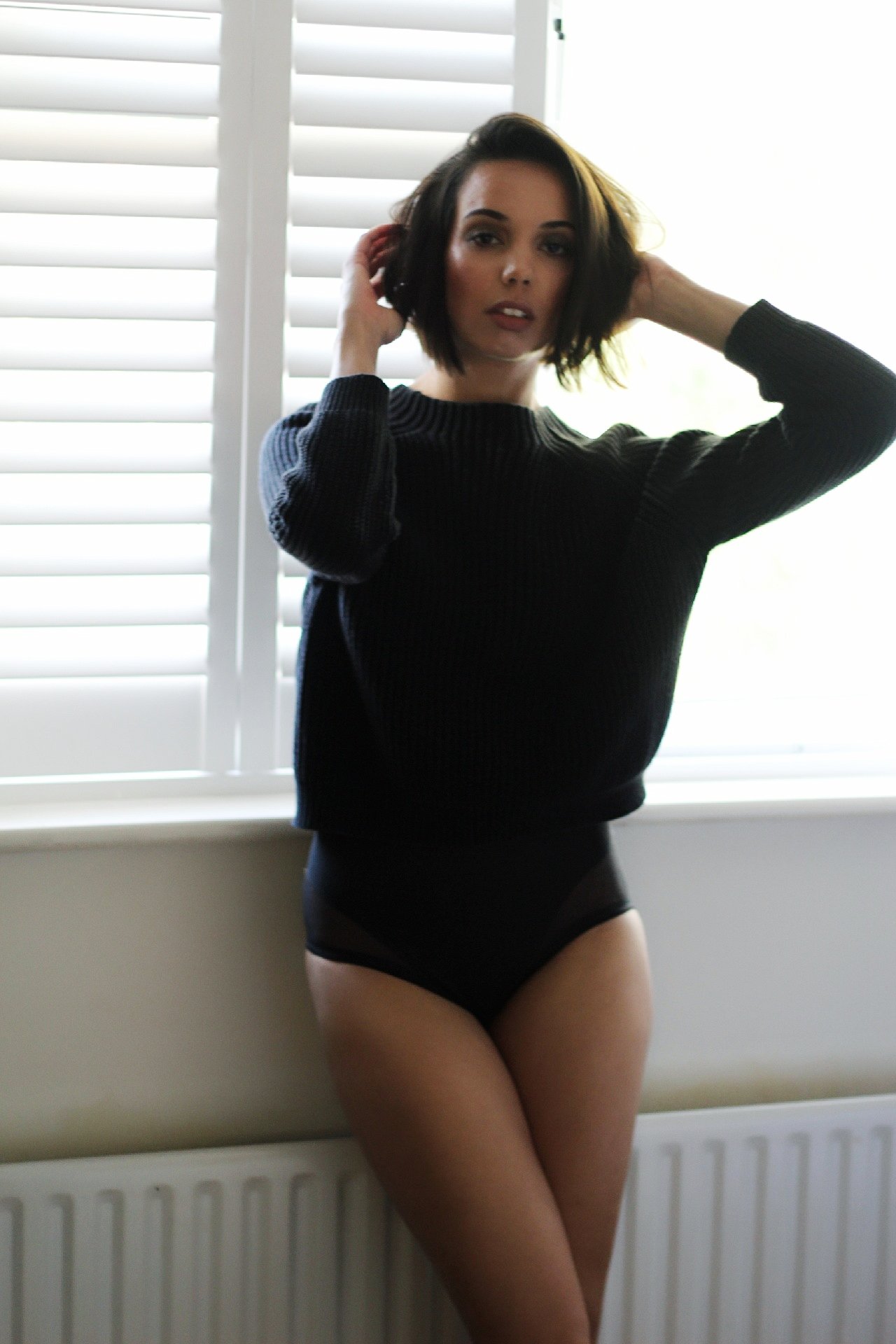 Archaic views of the body

When first meeting a guy, I’m a little shy and awkward – that’s a lie, I’m more nervous than a child with clown phobia, meeting a clown. I started taking nudes to show guys (and myself) a side of me more daring, racier and uninhibited. Their reactions, and my willingness to be vulnerable, helped me begin to appreciate my figure. Excuse me for crafting myself like a victim who deserves a bravery award, but when you have a twisted spine and a hunched back, there’s nothing like compliments on a photo of your bare backside to uplift body acceptance. 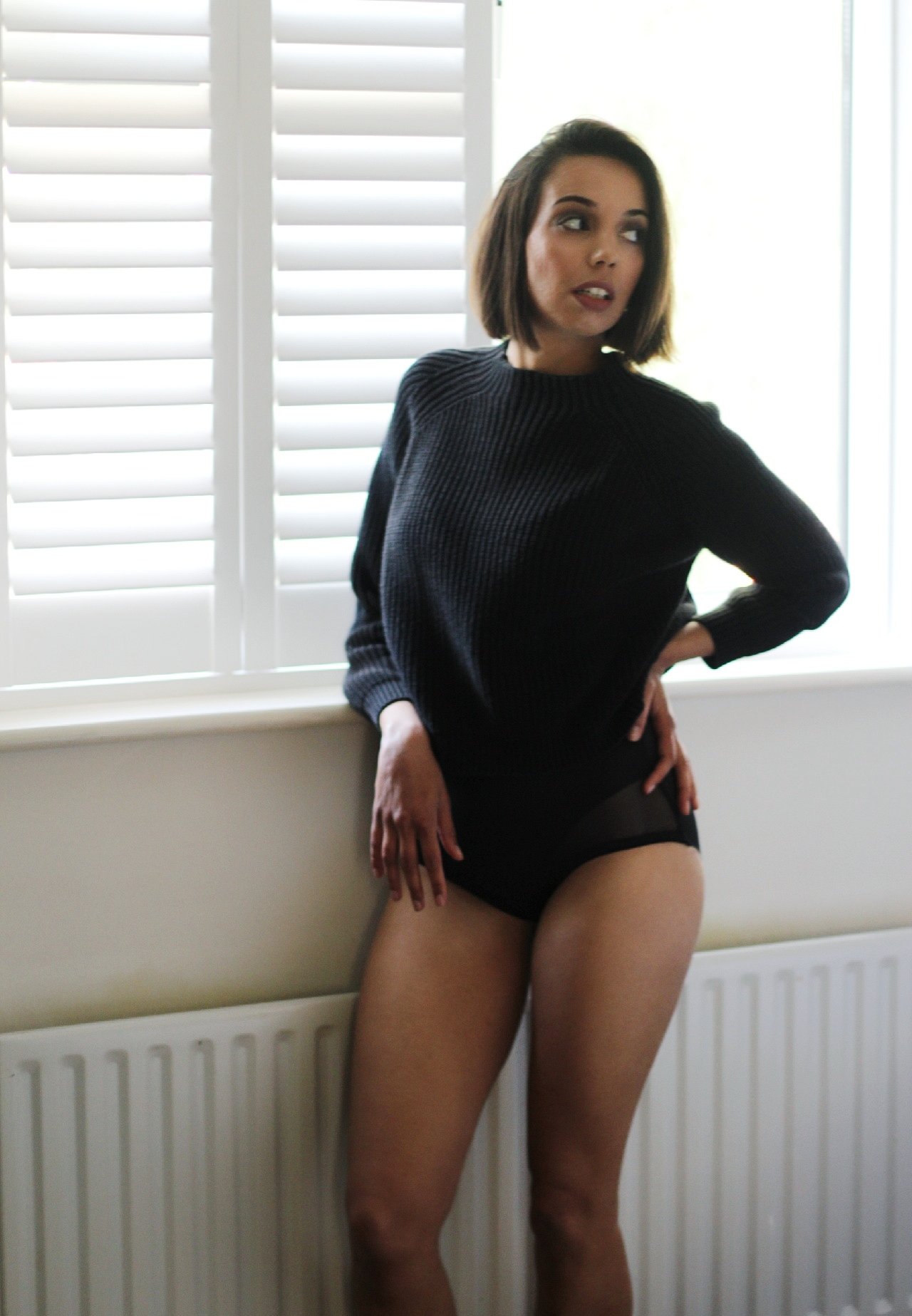 Why should a woman or man feel ashamed? Our naked bodies are gifted by mother nature and have inspired countless art. I was once asked by a successful photographer, published in fashion magazines, to model for photographs. The condition – I had to expose my female parts. The photographer shoots only high-fashion, editorial style, using artsy corset pieces – think see-through, caged skirts. Due to the stigma associated with nudity, I said no.

If cultural attitudes changed, more people – especially women, would arguably feel more comfortable about sending nude photos. Two years ago, a photo of me on holiday slightly showed my nipple through my bikini top. A guy who I had known on insta for a while, had to comment: “Someone’s a little chilly [insert wink face]”. The next day, he DM’d me a dick pic, because of course, my nipple was meant for him to get excited. As a woman with only personal male stories, I’m writing from one perspective. I’m aware both genders are victim to acts such as revenge porn and non-requested images.

I don’t regret sending nude photos. They represent me at a certain time in my life, attracted to certain people. And I wouldn’t be opposed to sending more. I’ve no idea whether my exes have kept or deleted, shared or kept hidden the racy photos I sent them. It’s not something I think about. Anyone can break your trust – including the love of your life who shares your bed, so it’s good to assume the worst and accept a picture meant for one person could possibly be viewed by many.

As long as you’re not forced or pressured, nude photos can increase your empowerment and view of how you see your body. When I was experiencing moments of insecurity, it was nice to have a guy I loved, happily stare and admire my physique when I wasn’t beside them. We use phones to maintain relationships – why not also with sex? I knew I’d never become a teacher or someone in a career field facing determinantal consequences, which is another caution to consider.

How do you feel about sending nude photos? Have you sent them in the past and would you consider it now? Also, do you think it’s fair to partly blame a person for storing private images on hackable devices?