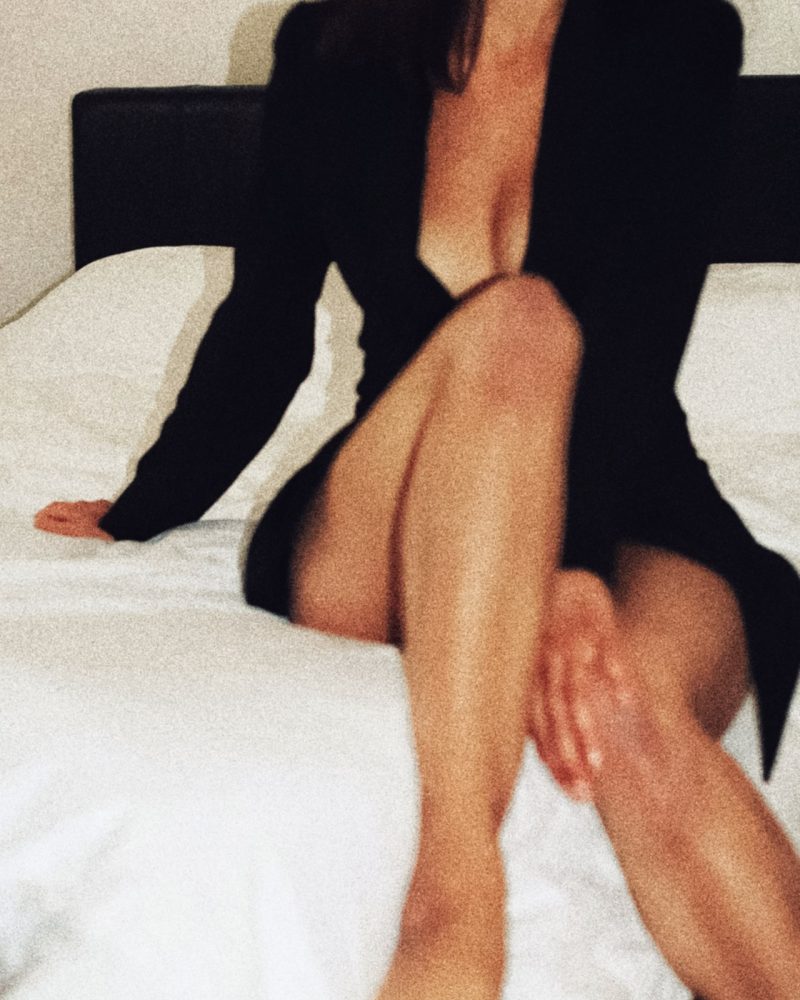 You are here: Home / Sex & Attraction / Why Does Innocence Turn Guys On?

365 Days (a Netflix film about a woman falling in love with her kidnapper), felt like 50 Shades with added torture. And by torture, I mean suffering for the viewers. Another boring sexualised film showing a powerful man dominating a less wealthy, naïve woman. It’s fair to argue female fantasy could have inspired the movie’s plotline. But you can also consider: how much does innocence turn guys on?

“Once a guy has slept with a girl, she can become less sexy. Some guys fantasise about sleeping with women and then lose the fantasy after”, a male friend said, in argument for choosing cute over sexy. I always thought “bad girls” were the most appealing. I purposely showed skin, sent nudes and explicitly described sensual acts – anything to make dates perceive me as a sexual partner. Rather, my sexual appetite made them weary, concerned; cautious about my promiscuity.

An article on an art blog notes the threat men felt at the time – women were embracing their sexuality, going out and worrying less about marriage and family. The writer describes how this made shy, timid women more attractive. They began to represent “devotion” and “faithfulness”.

How can innocence turn guys on biologically? Well, according to Bolde, there’s a “mechanism” in men that makes them want to feel “strong and masculine”. A woman can create this feeling when she let’s a man help her little – stops acting so tough.

“Innocence” paints a good, pure, unaware, naïve portrayal. Not to mention: feminine. The opposite image convict’s corruption, guilt, sinful, experienced. So, when a woman acts experienced and aware, can we say she might come across bad and immoral? Femininity has its ties to purity through motherhood. And as a friend informed me, men can be biologically attracted to innocence because inhibited women offer more confidence over pregnancy: the less a woman sleeps around, the more chance she knows her baby’s father.

How can innocence turn guys on: sexual control

It’s no secret men are attracted to youth. Beauty, fertility, manipulation… At aged 21, I went on a couple of dates with a mid-30-something architect. Tall and charismatic – he quickly figured how to improve my nerves and awkward blushes. He had a friendly, non-peculiar face. His eyes wide enough to show a smile within them; his nose proportioned. Elements of sun showed on his blonde hair and pale skin. It looked as though he was two weeks back from suntanning abroad.

After hours of speaking and sipping on wine, I checked my train and offered to arrange another meeting. As we left the dimly-lit bar (which housed neon lights) and waited outside for a taxi, he turned me towards him and passionately (rather grabbingly) began making out. I got nervous; I sensed people’s eyes glaring. He whispered in my ear, “Let’s go back to mine. I live a 20-minute drive away”. He started kissing my neck, moving his hands down my body. A few minutes of saying no, trying to politely kiss but also trying to get a taxi, I felt submissive and unable to break away. Today, I’d have no problem directly turning down his offer.

When it comes to sex, I (like many women I know) prefer a guy to take the lead. And from conversation with guys, I assume they mostly enjoy a submissive sexual partner. But what feels less talked about: some men feel turned on by sexual corruption. The idea of dipping purity in blood, smothering their dark thoughts and desires over a clean palate. Ultimately, making a good girl go bad. Could this be why some men are willing to pay thousands to sleep with an alleged virgin?

The other form of control resides in masculinity issues. Either fearing a less innocent woman may cheat and fool around, or possibly make a man feel intimated. From guys I’ve spoken to, I feel sexual confidence can both attract and repel. Some guys for instance, love the idea of my blog. They read my work and take an interest in my thoughts. While other dates, have disliked seeing me near naked on articles regarding my sex life. One actually remarked, “What will I tell my mother if she sees this?”

Are bad girls difficult? Do they put on an act?

We know the stereotype: men like a hot girl for pleasure, but want to settle with someone sophisticated who they can take home to meet mum. Within the bad girl persona, hones a theory: something makes a girl go wild – something has corrupted her. And within corruption, lies problems and difficulty. Innocence seems nice and easy. An idea the world hasn’t damaged a person.

I sometimes think about this when I publish scantily-dressed photos. I spent most of my years playing fragile and dressing elegant. And slowly I despised the idea that I couldn’t let my hair down. My sweet, polite outer shell grew tiring. Nowadays, I’m constantly coming in contact with people who strongly feel one way or the other. A friend (we’ll call her Jess) use to subtly drop hints at her distaste for my racy pics. Jess would say, “Laura, you look so pretty when you wear long dresses. You don’t need to show your body”.

There’s something about being bad that both allures and alarms. Yet in asking: how can innocence turn guys on, the opposite to bad feels safe and comforting.

Why does innocence turn guys on? How Do you have any additional theories to add? If you enjoyed this piece, consider reading next:

When young, is sleeping around worth it?

Visit my relationship advice column to send me an anonymous question regarding your love life.