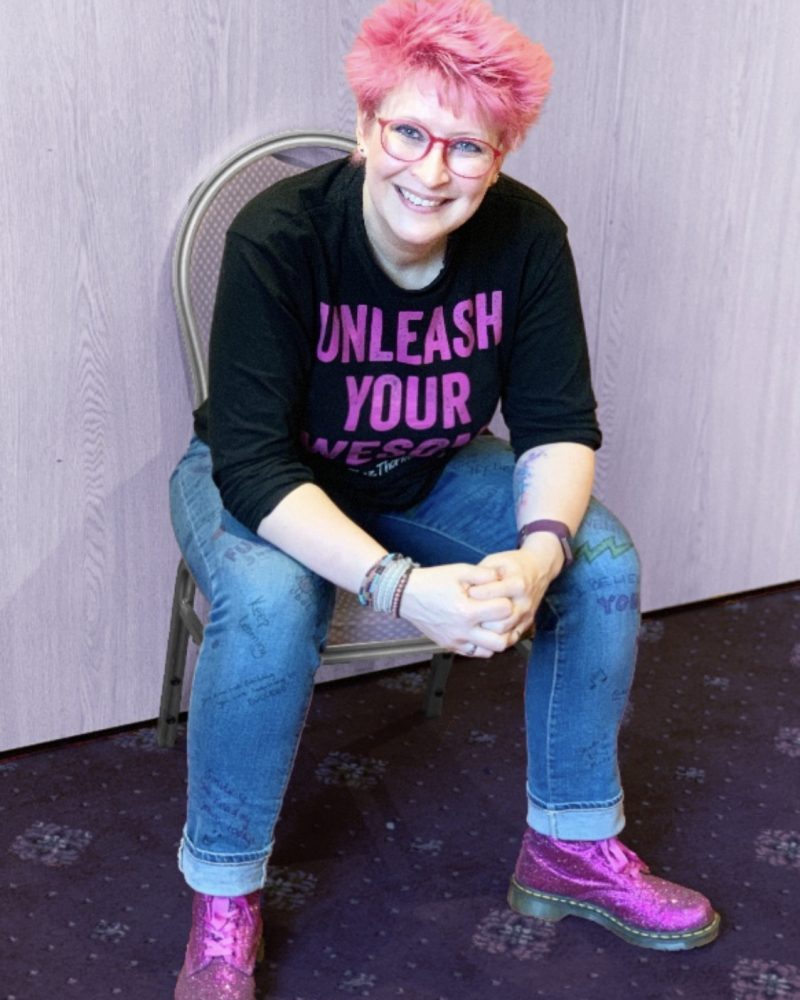 You are here: Home / Relationship / Why Is There Still A Same-Sex Couple Stigma in 2021?

When my friend left our taxi, the driver asked if we were a couple. My ‘He’s a friend’ response led to several other questions on why we weren’t together. To end the conversation, I blurted, ‘He’s gay’. The driver immediately looked at me and said, ‘Why didn’t you tell me. You should’ve said he was gay when you got in the car’.

From an outside perspective, the UK appears to have a rainbow in its flag. We’ve legalised same-sex civil partnerships, marriage, adoption rights. Pride continues to grow (2019 Pride In London had 1.5 million in attendance) and 2019 saw Pride hosted in Surrey for the first time. In culture, shows like ‘RuPaul’s Drag Race’ receive rave reviews; ‘Will & Grace’ plus ‘Queer Eye for the Straight Guy’ reboots now reach new audiences. And, more and more celebs… rapper Lil Nas X, Miley Cyrus, actress Elliot Page, proudly discuss how they’re part of the LGBTQ+ community.

This acceptance sits in contrast to the rise in ‘homophobic hate crime’. Attitude Magazine share how statistics have nearly ‘trebled’ since 2014. To explore the issue of same-sex couple stigma further, one of the UK’s leading, award-winning business and empowerment coaches, Taz Thornton, reflects on her experiences both in her career and marriage.

‘My wife and I still worry about holding hands in public’

As a best-selling author and global motivational speaker (this includes three Tedx talks), Taz and her wife, Asha, have been together for more than 20 years. They were the first same-sex couple to tie the knot in Lincolnshire when same-sex marriage became legal.

‘Times have certainly changed, and we definitely feel less fearful than we used to, but we’re still ridiculously careful about even the tamest displays of affection in public. There are some parts of the country where we feel safer, absolutely, but it’s not always easy to make a judgment call.

In recent years, I’ve been backed up against a wall and lectured on morality by a man who identified as Christian, who saw me taking part in a ‘free hugs’ event, assumed I was gay and, therefore, fair game. I’m still not clear on quite how it happened. I wasn’t the only LGBT+ person taking part in the event and there were straight people as well. I wasn’t waving a rainbow flag or wearing a pro-equality T-shirt and I wasn’t even standing close to my wife at the time. He just made an assumption and, somehow, used his size and energy to manoeuvre me away from the group and into a situation where I felt threatened at best.

On another occasion, my wife and I were walking through a city centre and grasped each other’s hands for a second – one of those quick hand squeezes. I forget what we were talking about, but it really was a momentary comforting gesture. As we continued to walk, we became aware of voices behind us. Two women were following and quoting ‘scripture’ at us. They followed us for about 20 minutes. It was horribly uncomfortable. Both of these incidents were in Peterborough, of all places!

We’ve also had verbal abuse in Brighton! It really can happen anywhere. Having said that, we do generally live in a more accepting climate now. For instance, I don’t automatically see high street pubs or eateries as ‘straight’ places any more, or feel concerned about going out. That could be, however, because we are very careful about not being overly affectionate in public, or it could simply be because we’re getting older’, says Taz.

How much has changed?

In reflecting upon the societal attitudes towards LGBT+, Taz describes an incident during her and Asha’s early dating days. ‘In a pub in Kent, a gang of lads tried hitting on us and, when we politely explained we were together, insisted we put on a show for them! Of course, we declined and got out of that situation relatively unscathed. These days, in our 40s and 50s, respectively, situations like that are far less likely to happen! However, we know this still happens as it did to two women less than two years ago’, says Taz.

In early summer 2019, two women were on a bus in London heading out for date night. A group of teenagers began to harass them. When the women refused the gang’s demand to kiss, they were assaulted and robbed. Both left the bus bruised and bleeding.

The increase in homophobia

I asked Taz about increasing homophobia. ‘Noticed an increase personally? No. Realised it hasn’t gone away? Yes. Felt concern that so many of our straight allies *assume* homophobia is a thing of the past and therefore dismiss? Sure. Statistically, hate crimes are on the rise. We all need to be aware of this and, if people are tired of hearing the rhetoric about equality, instead of getting irritated, they need to realise the message isn’t targeted at those who are happy with diversity, but those who still find homophobia acceptable, sometimes even desirable’, Taz replies.

According to Medical News Today, research shows homophobia stems from ‘hostility, bias and sexual stereotypes.’ An article in The Guardian suggests our current political climate has increased same-sex hate crime, but reports may be linked to more ‘awareness’. Britain’s Prime Minister, Boris Johnson, once described gay men as ‘bumboys’.

Sexuality and the workplace

Does sexuality still impact work? ‘Not as such, but only because I haven’t allowed it to! I’m self-employed, so I can choose how, where and with whom I work.

Thinking back to my corporate days, though, I heard some dreadful things – definitely homophobic, but mostly stemming from ignorance or religious indoctrination. I was told being gay would never be normal, asked not to hire someone who was gay because “we have enough of those already”, and told I should organise an outdoor pursuits activity for clients because “you’re more like a man”.

To give context, at the time, I had long blonde hair, wore full make up and didn’t shy away from skirts, dresses and typically feminine clothing. Actually, I still don’t.’ I’m not anybody’s stereotype. It’s about time we stopped trying to squeeze ourselves into moulds and just allowed ourselves to be in our truth, inside and out – however we identify’, says Taz.

Same-sex couple stigma: Being an ally

In the past, I followed the easier option: Silence. I never confronted the taxi driver who showed anger at a gay person sitting in his car, I didn’t speak up when men at my local pub made homophobic comments, and in school, I ignored verbal bullying teenagers assumed gay, had to face. Social media reminds me that it doesn’t matter if something directly affects you or not, if you want to end racism, homophobia, sexual discrimination, etc., your voice matters. We have the power to be allies and not simply individuals who expect others to incite change.

‘Get on board and support a world where love is love and my wife and I can hold hands without attracting abuse or book a holiday without having to carefully consider where we’re going and whether it’s safe to book a double room!

Please educate yourselves on the levels of homophobic abuse and hate crimes still happening. Just because you’re not seeing it, that doesn’t mean it’s not there. Recognise that social media algorithms mean you’ll be surrounded by like-minded opinions online, so you won’t be aware of levels of homophobia and it’s easy to unwittingly live in a ‘bubble’.

Recognise that the same will be true for those with more right-wing, anti-gay views – social media will show them similar opinions, and so their extremism will feel more normalised, which breeds more of the same. LGBTQ people are still bullied, abused, beaten, murdered. Kids growing up gay are still afraid to come out. There’s still a higher rate of suicide.

Have you noticed a continual stigma against same-sex couples?

You can find and follow Taz on social media: