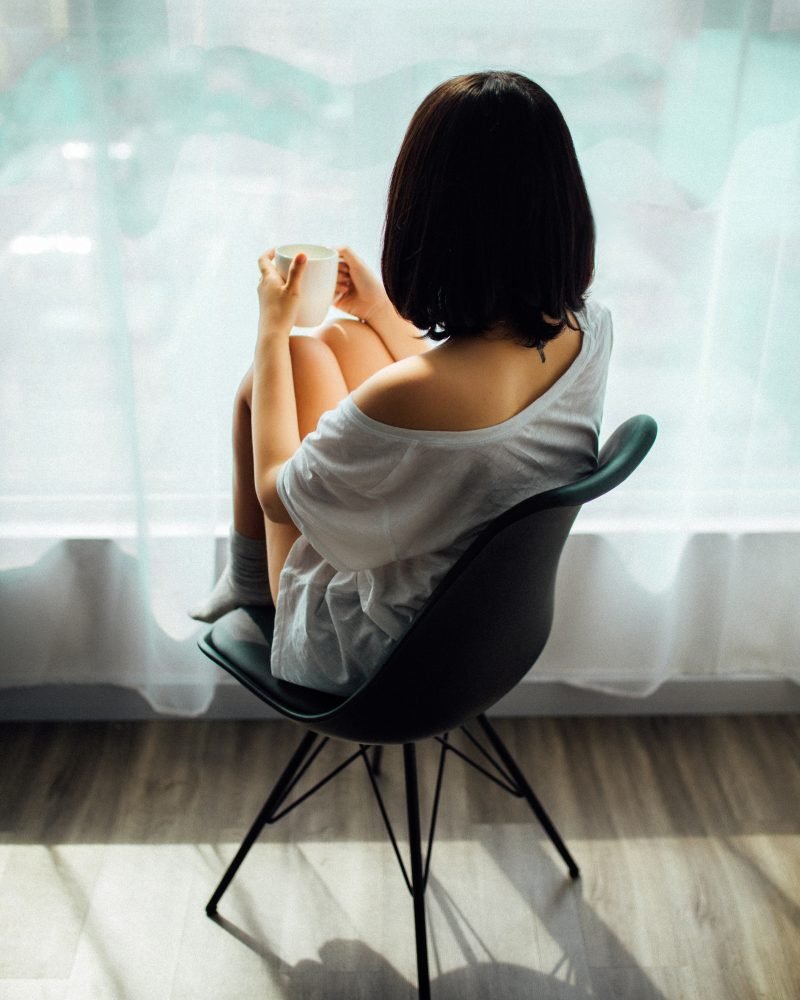 You are here: Home / Relationship / Ghosting: What it Means when Someone Ghosts You

There are two times I remember crumbling in bed. My ego shattered as quickly as the wine glass I recently smashed in the dishwasher. Two guys had chosen to vanish out of my life, even when I had welcomed them in. Without warning, they cut communication and left me confused. I couldn’t help but ask myself: What does it mean when someone ghosts you?

It’s a question that plagued me as I began dating again post-ghostup breakup. For those unaware (people who haven’t tried online dating), ghosting is when you’re dating someone who then cuts contact without warning. It can happen at any stage in a relationship, from arranging a first date to even walking out of a marriage. On some level, all of us are guilty.

We engage in short-term ghosting by avoiding on purpose. How many of us have let friendships drift because we haven’t reached out. I’ve even ghosted a café – I promised the owner I’d return but have since avoided it on purpose. I have also ghosted dates. Perhaps karma has given me my own medicine.

How to deal with ghosting

When it first happened to me, I was in my early twenties. Me and a friend when out to party in London where we met a good-looking guy who introduced us to his mates. After downing some shots and sharing a drunk kiss, we exchanged numbers. Over the next few days, we texted throughout work and arranged to meet up. On the day before our agreed date however, his WhatsApp picture disappeared. My texts went unanswered – it was like he had hadn’t existed beyond some deep dream.

The second time (or the second ghoster), hurt more because we’d been dating. Everyone knew about him – I’d described his best traits to my family. The day he went, my first thought was: What do I tell people? I know that sounds bad – you’d expect me to miss him and cry about my feelings. But my ego felt the most pain. I felt embarrassed, ashamed, insecure, rejected.

When someone ghosts you, it’s them taking action. YOU’RE wrong, YOU did something, YOU’RE the one being left. Regardless of how imperfect your date/partner may have been, the fault seems to lie with the person who wants to stay. We can easily use ghosting as an excuse to beat ourselves up. But the truth is, while a ghosted individual may have acted needy, selfish, desperate etc., they cannot put themselves at fault for someone’s cowardly behaviour.

To accept being ghosted:

When someone ghosts, what does that mean?

There are many reasons why people choose to cut communication without explanation. Some include:

What it means when someone ghosts you

To answer this, I’ll explain why ghosting happened to me – well, at least why I think. When the second guy ghosted, I spoke to my sister and expressed how irritated I felt at this guy not responding. I said, ‘I must be bad at dating’. Upon this line, she gave me a half quizzical, half humorous look and replied, ‘Laura, when have you ever gone out with someone actually looking for a relationship?’

Dumbfounded, I read out several names and with each one, my sister noted how they backed up her point. She then spoke about my ghoster, which led to us laughing. This guy couldn’t have been more incompatible and yet I carried along, expecting miracle chemistry to form. Of course, we weren’t going to be a couple – he wanted to play rugby, drink beer and ride his bike – we had zero in common other than the bar where we met. He didn’t want a relationship – I avoided all the warning signs.

Too often, I get comments on this blog from people ignoring multiple signs showing someone isn’t right for them. They say how they’re charming, funny, friendly, almost ideal, except they feel bored or they have no attraction.

While I can’t say exactly why an ex or date disappeared, I can argue that when someone ghosts you, it shows they’re unsuitable.

How to get closure after being ghosted

In a normal breakup situation (when you’re told it’s over) there is usually a reason why. This helps us to gain closure and move on. But when you are ghosted, you don’t receive an explanation. You’re left to only wonder what you could have done wrong.

Although closure can be difficult, try to reflect on the people who you’re attracted to.

Recognise that even if you are the person that’s been left, it does not mean that you are in the wrong. Ghosting is a horrible break-up method that has become too common in our quick, technology-based world. What I have learnt however through being ghosted, is how to solely challenge my own insecurities and better decide what I want in a partner.

How do you react when someone ghosts? If it’s happened to you recently, be sure to read these posts:
How do You Glow Up After a Break-Up

The Ultimate Guide to get Back into Dating