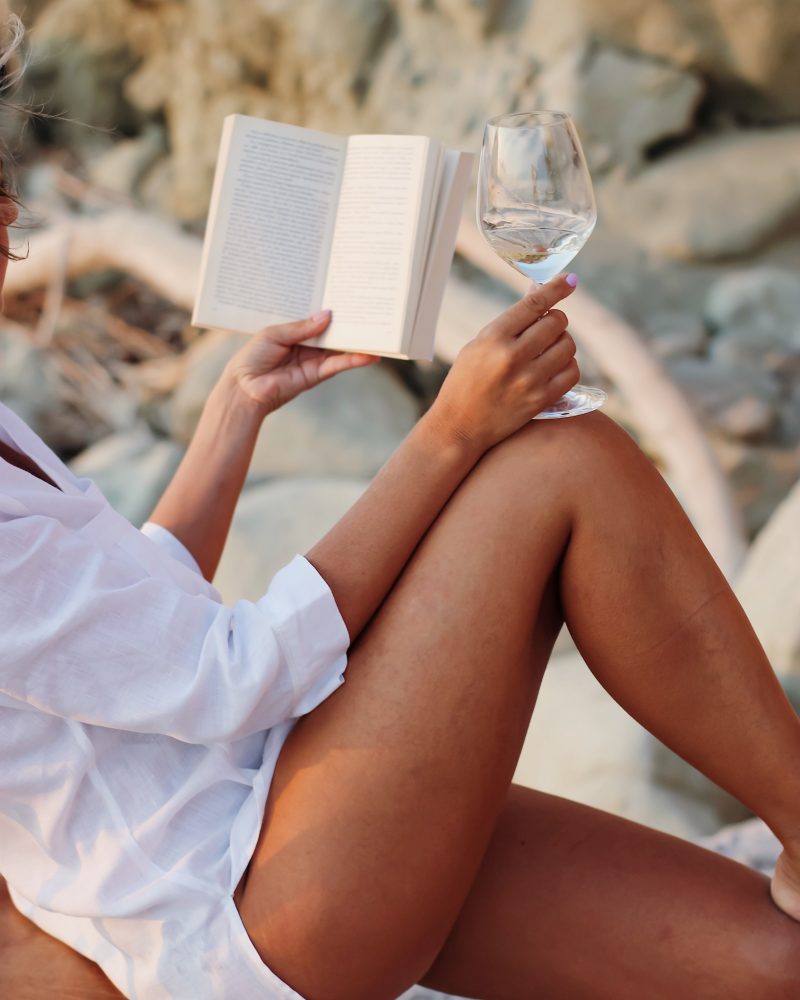 You are here: Home / Sex & Attraction / What Sexually Satisfied Women Usually Have in Common

The first few years of my sex life are nothing to rave about. In fact, my “sexual debut” compares to a comedy night filled with lacklustre jokes. I thought it was me – perhaps I’m not that sexual or passionate enough to stimulate wild sex. After many years (including an editor’s persuasion) I finally figured how to enjoy the act. Part of my struggle involved a sex education that sexually satisfied women are not taught.

According to Public Health England, more than ‘one in four British women’ don’t enjoy sex. Statistics in America show that ‘95% of straight men always orgasm during sex’ compared to ‘65% of straight women’. There are several factors that influence these figures, like many women needing clitoral stimulation.

However, as a sex blog writer who has researched sex for countless articles, I’ve noticed a big difference between two ‘types’ of women who read my blog. There are some who head straight to the sex pieces. When I ask questions, they confidently reply; I consider them very sexually satisfied women who cannot relate to comments on gender pleasure gaps. And then I notice women who like to read my blog, but they do not define themselves as sexual women, or hold significant regard for sex.

Now, there is nothing wrong in not being sexual – it’s normal to crave sex regularly or go long periods without. However, I believe some women don’t consider themselves very sexual because they haven’t had mind blowing experiences. They haven’t been shown how to have sex in a way that caters to their pleasure.

And there is research to back this up.

What do sexually satisfied women usually have?

A US study published in the Journal of Sex and Marital Therapy found that ‘those who were most emotionally and physically satisfied the first time found their sex lives the most fulfilling.’ Researcher Matthew Shaffer believes our sexual debut ‘may create a general pattern of behaviour that guides sexual experiences.’

Research shows women’s sexual desire tends to be lower than their male counterparts if they didn’t orgasm or have an enjoyable first sexual experience. Unfortunately for women, we are ‘half as likely to report being satisfied at first intercourse’ and around ‘eight times less likely’ to orgasm compared to men.

All this connects to the notion that men are more sexual.

Sex therapist Leigh Norén believes the debate around ‘who is more sexual’ is complicated and nonconclusive. She notes how men are generally inclined to have a ‘spontaneous desire style’ where their libido peaks almost out of the blue, while women are usually more ‘responsive’ and get turned on by being ‘physically aroused’. So if women are not being turned on properly, they may feel little desire for intimacy. Explaining why men in society are seen as the sexual gender.

I only learnt to orgasm within the past few years. My sexual encounters prior felt small and insignificant – I used to watch steamy romantic scenes with a hint of jealousy that twitched each time a woman yelled in ecstasy. I longed to have that type of sexual experience, but I was too embarrassed to discuss my bedroom awkwardness with friends.

My first sexual experiences gave me a poor sex education. They said, you don’t deserve to be satisfied, you shouldn’t get much pleasure from your body, you shouldn’t have that type of confidence. I became used to flirting, kissing, having sex, doing all those things to please men. This likely affected my self-esteem.

Had I lost my virginity to a guy that cared about my sexual needs and wanted to give me oral sex in the same way he expected it, I would have set much higher sexual standards for myself. I wouldn’t have accepted the guys who showed low regard for sex equality.

How we feel about our sex lives arguably affects our general wellbeing. The World Health Organisation places sex as part of our overall quality of life.

Um, what if I had a bad first time?

I’m sure some of you won’t relate to my thoughts on sexually satisfied women – your first time may have been dreadful but now you have incredible sex. Of course, statistics don’t always apply to us.

If you did have a bad first time and you’re still not really enjoying getting intimate, it’s not the end of the world. Some people are asexual or just not that interested in sex. You’ve likely picked up some habits that don’t align with what you want. Here are some things to consider:

Have you mostly been single?

I find that people in long-term relationships can have better sex than those who haven’t had serious relationships. As they have sex with people who are in love with them, there is more inclination to satisfy.

If you’re dating or having hook-ups, make sure your sexual partners are open to exploring what turns you on.

Are you happy with your body?

Have you been taught sex is dirty?

Women can grow up to believe sex is bad and prioritising sexual pleasure is wrong. These are thoughts that may take time to untangle.

Read Next: How to Be More Active in Bed