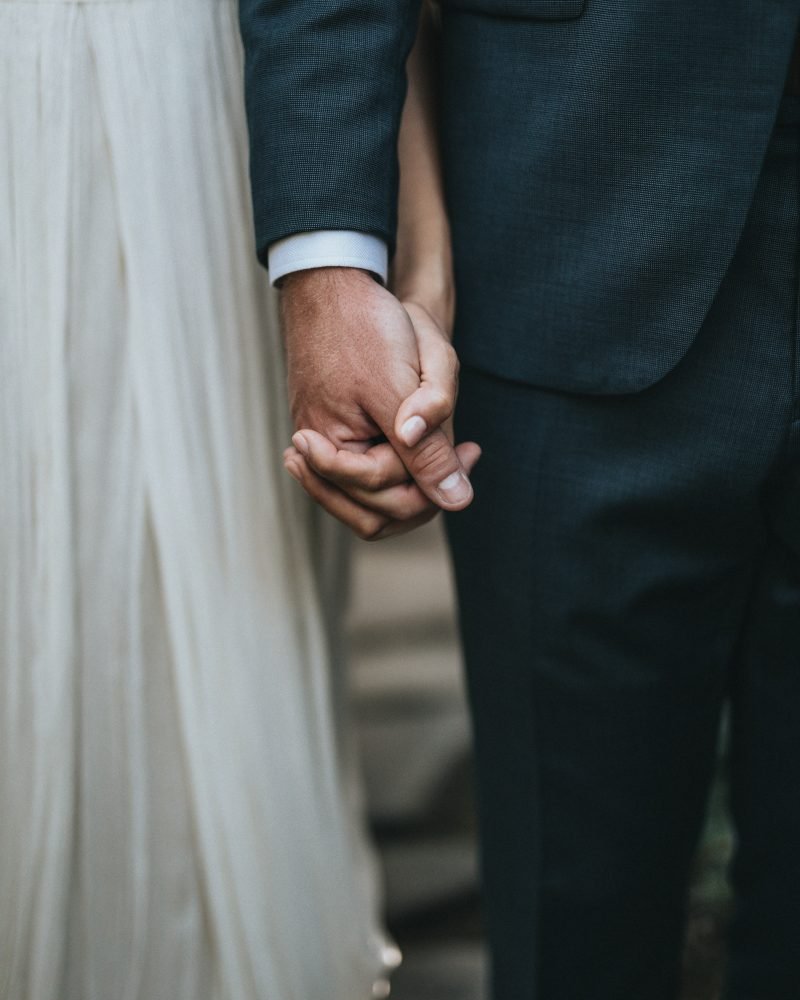 You are here: Home / Relationship / When Your Partner Doesn’t Want to Marry You: Should You Stay?

The great thing about being in a relationship is no longer answering, “Why are you single?” But, once that awkward question simmers away, you are left with “When do you think he will propose?” and “Have you spoken about marriage?”

It seems inevitable that after a year of dating, people begin to ponder such thoughts. Society assumes women sit around fantasising an engagement ring. I often find myself in wedding discussions that my boyfriend hasn’t yet encountered.

While I am not against marriage and could see us one day tying the knot, I also find the institution somewhat suffocating. Particularly the pressure to prove to others that your relationship is now permanent.

Because of high divorce rates and the negative associations linked to marriage (i.e., no sex life), I understand why some people don’t want to get hitched. However, with the dream of being a bride or groom installed in us from such a young age, I equally realise the pain of your partner not wanting to marry you.

In 2019, marriages between men and women fell to a record low. Some couples are delaying their nuptials or choosing to just live together – possibly due to the financial costs of a wedding. In an Instagram poll, I asked people about their relationship dealbreakers. While almost everyone thought children were non-negotiable, roughly 60% had an open outlook on marriage.

Perhaps your partner feels the same. Before you give an ultimatum (a terrible idea) or break things off, you may want to consider these points.

I understand people can fear commitment – some men (as the stereotype goes) can string women along by not admitting they can’t see a future. I read stories online of women who waited 5 – 10 years for a proposal, only for their partner to marry someone else.

Threads on Quora suggest a man not willing to marry doesn’t love you enough, doesn’t want to commit, doesn’t perceive you as a priority, is waiting for someone better, doesn’t think your “wife material” and will likely feel free to cheat as there is no legal contract stopping him.

Excuse my cynicism, but since when has marriage stopped someone from cheating? These suggestions make me wonder what type of relationships people are getting into. Yes, I would marry my partner but not because I want to remove the likelihood of an affair or prove I’m a priority.

A relationship in itself is a big deal (I wouldn’t waste my time with a boyfriend I could replace in the future). Moving in and sharing a mortgage is likewise, a significant commitment. Who financially invests with someone they don’t want to spend forever with?

Your partner not marrying you doesn’t mean you are a ‘pit stop’ or a short-term high until someone with wife credentials turns up.

Other arguments on forums suggest someone (typically a man) chooses not to marry because they want an easy escape.

This almost suggests that breakups are effortless! Walking away from someone you have spent x number of years with isn’t exactly a walk in the park. Of course, not having a divorce to pay certainly makes goodbye a little easier (particularly for your bank).

3.) We each have different perspectives

You may have grown up watching romantic flicks in a happy home where your parents lovingly recounted stories of their first meeting. Your partner, however, might have grown up in a household filled with fights, drama, and two parents too poor to divorce.

Our experiences around marriage can affect our beliefs about the institution. Who is going to feel desperate to wed when they know nothing but negative experiences? If your partner feels fully devoted to you already without signing a promise to the government, it doesn’t necessarily make sense to marry when they know few successful marriages.

I’m not suggesting people with divorced parents feel less interested in marriage. Only, people have different associations. It’s important to understand your partner’s perspective without assuming their lack of proposal means they don’t love you enough.

People marry for many different reasons – not all are exactly ethical. Some use a wedding as a band-aid to relationship problems; others hope to please their family or their nagging partner. I have known couples tie the knot when they look as though they’re already heading for a separation. So while marriage has connotations of wild love and pure dedication, the fact that people get married for purposes not related to love, proves a proposal is not a sure sign of commitment.

So, should you stay with a partner who doesn’t want to marry you? It depends how much either of you is willing to compromise, and if you can live happily with your decision. You don’t want to resent your partner but, can you accept them marrying you for the wrong reasons?

As usual, the best thing is to communicate and try to keep an open mind. Be honest with each other – don’t say you’re not bothered about marriage if you’re silently praying for a ring.

Read Next: How do You Decide if You Want Kids?